Hiral is from South Croydon in Greater London and wrote this after finishing his second year of Engineering here at Christ's College, Cambridge. At school, he took A-levels in Maths, Further Maths, Physics and Chemistry.

The Cambridge course is a general engineering degree, so it offers you an opportunity to try everything before deciding on what you want to specialise in. This is different to the courses at other universities that I looked at, and I decided that it would enable me to experience more of a subject I had never specifically studied before deciding to spend four years learning it! I also picked Christ's as my College because it is a nice, central College with a fairly large intake, and it was first in the alphabet!

Applying was actually fairly straightforward once you realised that all the deadlines were slightly earlier, and that even as a UK student you had to fill in additional questionnaire(s) – all of the courses that I applied to at other universities ended up interviewing anyway!

I'd advise any applicants to go into the course with an open mind about specialisms – often people change their minds after studying all of Engineering for the first two years! Before coming here, I read Bebop to the Boolean Boogie to learn more about electronics. It wasn’t hugely relevant to the content in the first two years at Cambridge specifically, but this book did convince me to apply for an engineering course.

" Applying was actually fairly straightforward once you realised that all the deadlines were slightly earlier, and that even as a UK student, you had to fill in additional questionnaire(s)." 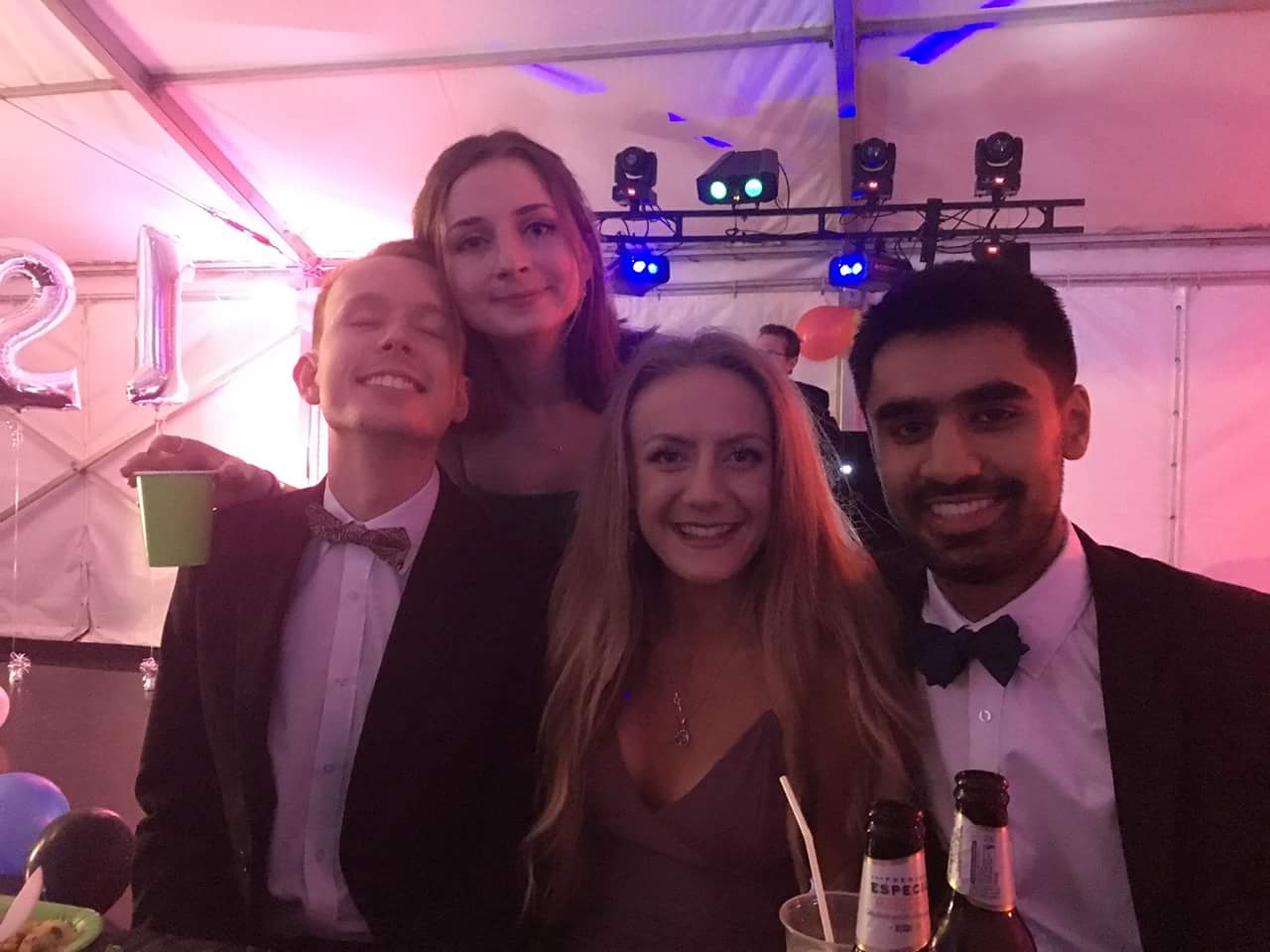 This year (second year), I had an average of three labs (two hours each) per week, and two lectures a day (an hour each). I then had four supervisions every week and lab report feedback sessions. The teaching feels largely independent, and there is no obligation to turn up to lectures if they don’t work for you. My workload has definitely increased since first year, but specialising from now on will hopefully make the work less time-consuming. I like to change where I work as much as possible, so I tend to visit different libraries when I want to concentrate for long periods of time. When I have small tasks, I usually just sit in my room so that I have everything that I could need as well as lots of food.

I’ve found that second year has felt almost the same as first year – personally, I prefer to get as much work done during the week as I can so that I have more time in the weekends to dedicate to sport and enjoying myself. Alongside this, I enjoy going out and going to sports socials and this is rarely (if ever) affected by my workload.

Out of term, I usually end up relaxing over the short vacations and catching up on any work that I’ve missed, whilst I tend to work during the bulk of my long vacation. At the end of the long vacation, I try to spend some time on holiday to give myself a chance to relax before the start of the year! The work-life balance varies massively between university and my internships; during the university term, you tend to work for a moderate period of time every day, whereas at work you don’t usually work on the weekends. This means that during term time you have more time to relax in the evening rather than at the weekends.

What was the most enjoyable thing that you worked on this year?

We did a project building a robot to pick cabbages and lettuce and classify them accurately. Initially, it didn’t seem that interesting, but by the end it was fun to see something that we had all worked on small parts of come together and actually work.

What have you most enjoyed so far about your time at Christ’s?

I have really enjoyed throwing myself into College and university sports. I find it’s a great way to spend time and get fit whilst forgetting about anything stressful that’s going on. Whenever I'm not working, I usually end up playing sport – either organised or just a kickabout with mates, or going clubbing or to the pub. Otherwise, a lot of the time, I end up just sitting in a friend’s room chatting and procrastinating.

The College is on your side, too: I got a bit ill in first year, and my tutor and Director of Studies here at Christ's were both very supportive in terms of helping me manage my workload to give me a chance to look after myself.

I lived in a house on Jesus Lane. I quite enjoyed it as I lived with five of my best friends – you definitely get more of a sense of independence than when living in College, and you end up cooking together rather than just relying on food in hall.

What are you most looking forward to in the coming years?

I’ve chosen a lot of information engineering papers and a lot of maths so that I can try to work some kind of programming job when I leave. I’m looking forward to the projects in third and fourth year: I always prefer the flexible working times and freedom that you’re given, and the projects look really interesting!

As part of the Cambridge Engineering course, there is an industrial experience requirement. The department helps you to prepare a CV and cover letter, and you are left to apply to internships and other technical jobs to do during your holidays. As part of this, I have worked for Arm over the summers after my first and second year. The work I’ve been doing has ranged from working as part of a data science team to designing hardware, and it has helped me to get a better view of what I want to do when I graduate.

I’m now quite keen on working a programming job when I leave – they tend to offer fairly interesting, challenging work without having to work stupid hours or 'sell your soul'.

"I have worked for Arm over the summers after my first and second year. The work I’ve been doing has ranged from working as part of a data science team to designing hardware, and it has helped me to get a better view of what I want to do when I graduate."

Back to Student profiles page / Engineering at Christ's / Next: Andrew's profile