Ethan is from Langley Moor village, Durham (North East England), and studied French, History and English Literature at A level. He wrote this at the end of his second year of French and German (from scratch) on the Modern and Medieval Languages course here at Christ’s College, Cambridge, just before he left for his third year abroad in Germany.

What made you choose Modern and Medieval Languages?

I always knew that I wanted to continue studying languages at university once I had finished my A-levels, but the Cambridge course in particular was very appealing. Not only does the course offer you the opportunity to study your chosen languages in depth, but also to delve into the literary and historical aspects of language, which I had only briefly looked at during my A-level classes.

Another great thing about the Cambridge Modern and Medieval Languages (MML) course is that you have the option to study your second language 'ab initio' (or from scratch). I chose to do this with German alongside post-A-level French, and will now spend my entire year abroad in Germany! If you’re worried about studying an entirely new language at Cambridge, don’t be! You will receive so much support and encouragement in your language classes that you will find the experience a lot more rewarding than daunting.

Why Christ’s in particular?

Living so far away from Cambridge in Durham meant that I was not able to attend a Christ’s open day, and so only saw College when I came for interview. I was certainly not disappointed! I chose Christ’s mainly because it is the best of both worlds in so many ways: the size of College is neither too big nor too small; it is located right in the centre of town, yet is so quiet and peaceful as soon as you walk through the Great Gate; and finally Christ’s has amazing social opportunities in the form of societies and sports teams alongside its academic reputation.

What immediately struck me from the beginning of my time at Christ’s was the friendliness and family atmosphere of everyone in College, something which hasn’t diminished throughout my time here. Although most of my contact hours and supervisions take place in the MML Faculty and not in College, studying MML at Christ’s has been particularly useful: the College library is incredibly well-stocked (I have rarely needed to go to other libraries to find what I need), and there are regular opportunities for travel grants if you feel like taking a trip abroad to test out your language skills. For example, College helped me to travel to Berlin over the Christmas vacation for a two-week language course!

"What immediately struck me from the beginning of my time at Christ’s was the friendliness and family atmosphere of everyone in College." 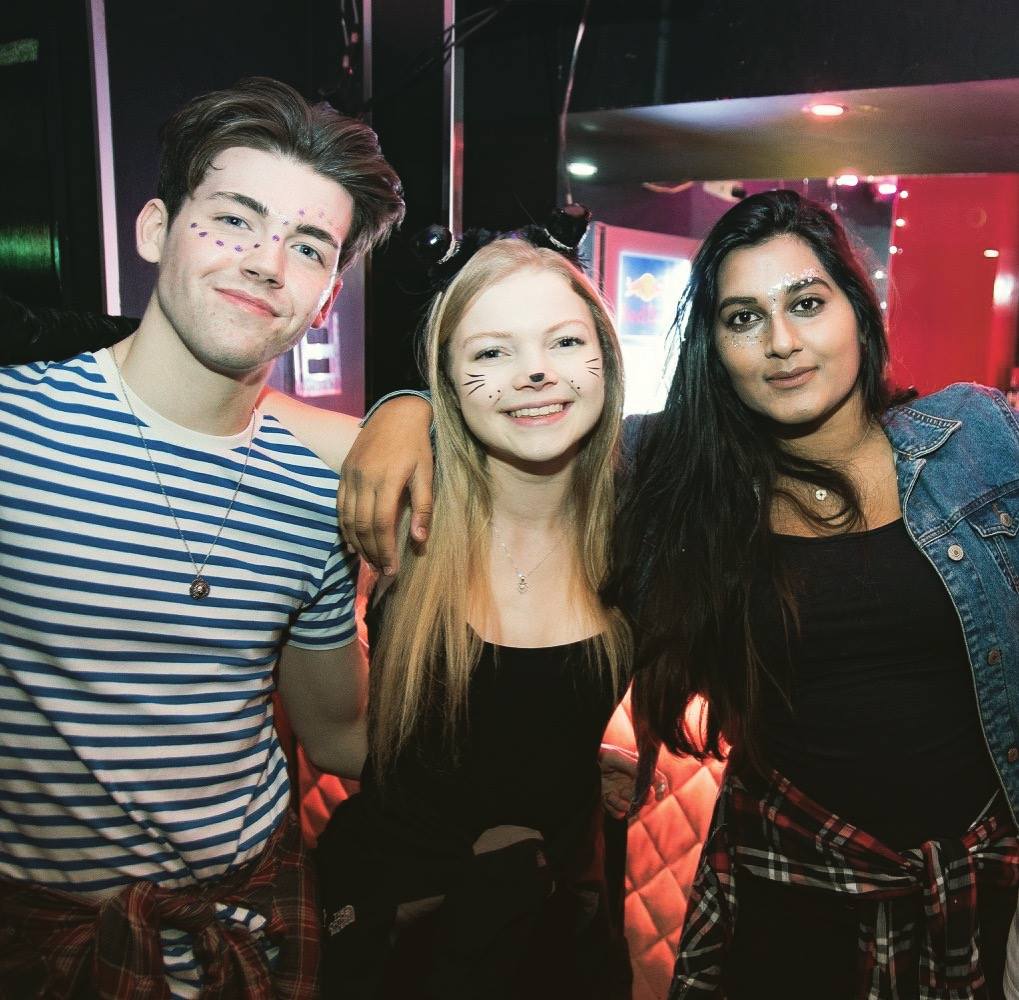 Although I had always performed relatively well at school and sixth form, I knew that there would be students from all across the world applying to Cambridge. And that there were applicants with grades superior to my own. It was only when I came to Cambridge that I realised how common this thought process was – so my advice is: try to remember that Cambridge is not looking for superhuman abilities, but rather applicants who are truly passionate about their subjects.

Cambridge is looking for applicants who have potential to do well in their course, and so does not exclude those who have not performed as well as they would have liked to throughout school and at GCSE, for example. Every application is weighted carefully and individually. In this way, the Cambridge interview is a great way for you to show your passion for Modern and Medieval Languages, and is definitely not a big scary attempt to ask trick questions.

Do you have any advice for sixth formers? 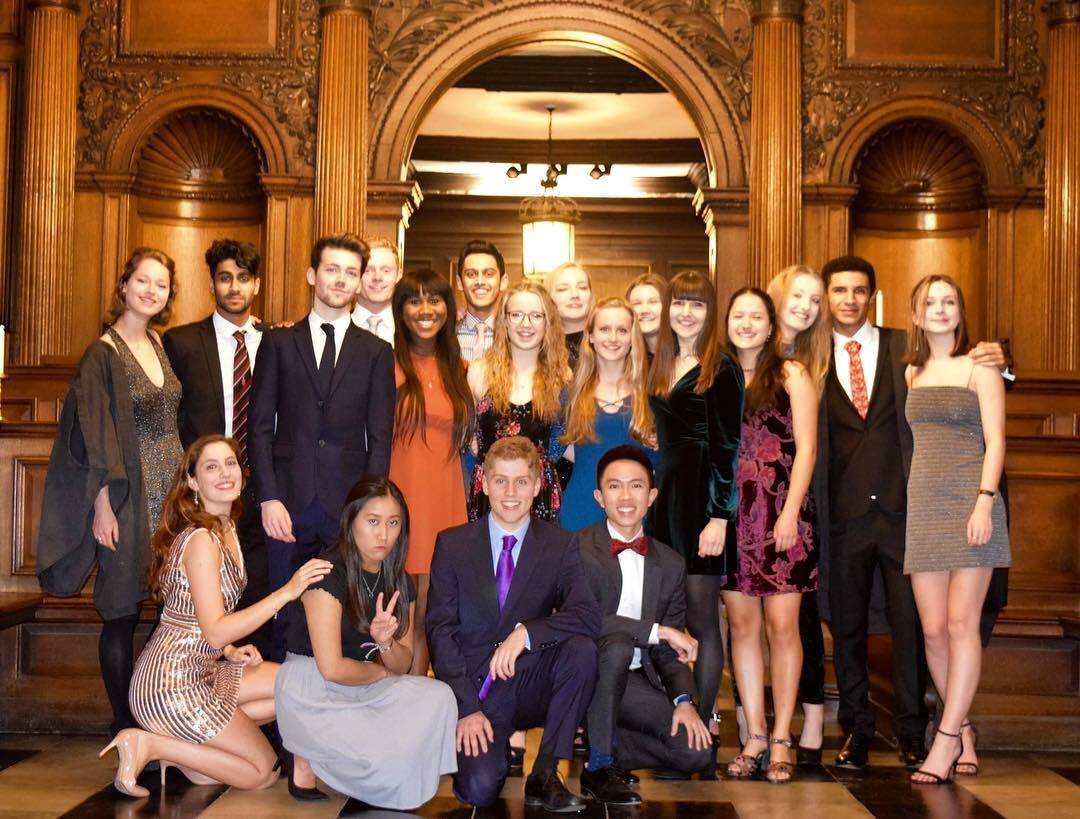 Definitely expand your knowledge of the literary and cultural aspects of the languages you wish to study; your personal statement and interview should demonstrate that you have gone beyond what is expected of you at A-level by, for instance, reading foreign literature or showing interest in a specific historical time period etc. This will emphasise your enthusiasm for the course and show that you are able to find time for other things outside of simply the language itself. After all, a Cambridge MML degree is not all language and you will need to show that you are interested in other parts of the course, too. If you are planning on studying a language from scratch, it does help to do a little bit of language preparation before you arrive in Cambridge (as the classes can be quite fast-paced), but certainly nothing extensive. For an ab initio language, it would probably be a better use of your time to look at the literature or history (this can definitely be in English) of your target language, as this will give you something to discuss in your interview or personal statement. Poetry is always a good choice – poems are often short and allow for lots of discussion.

"Poetry is always a good choice – poems are often short and allow for lots of discussion."

How do you find the workload? 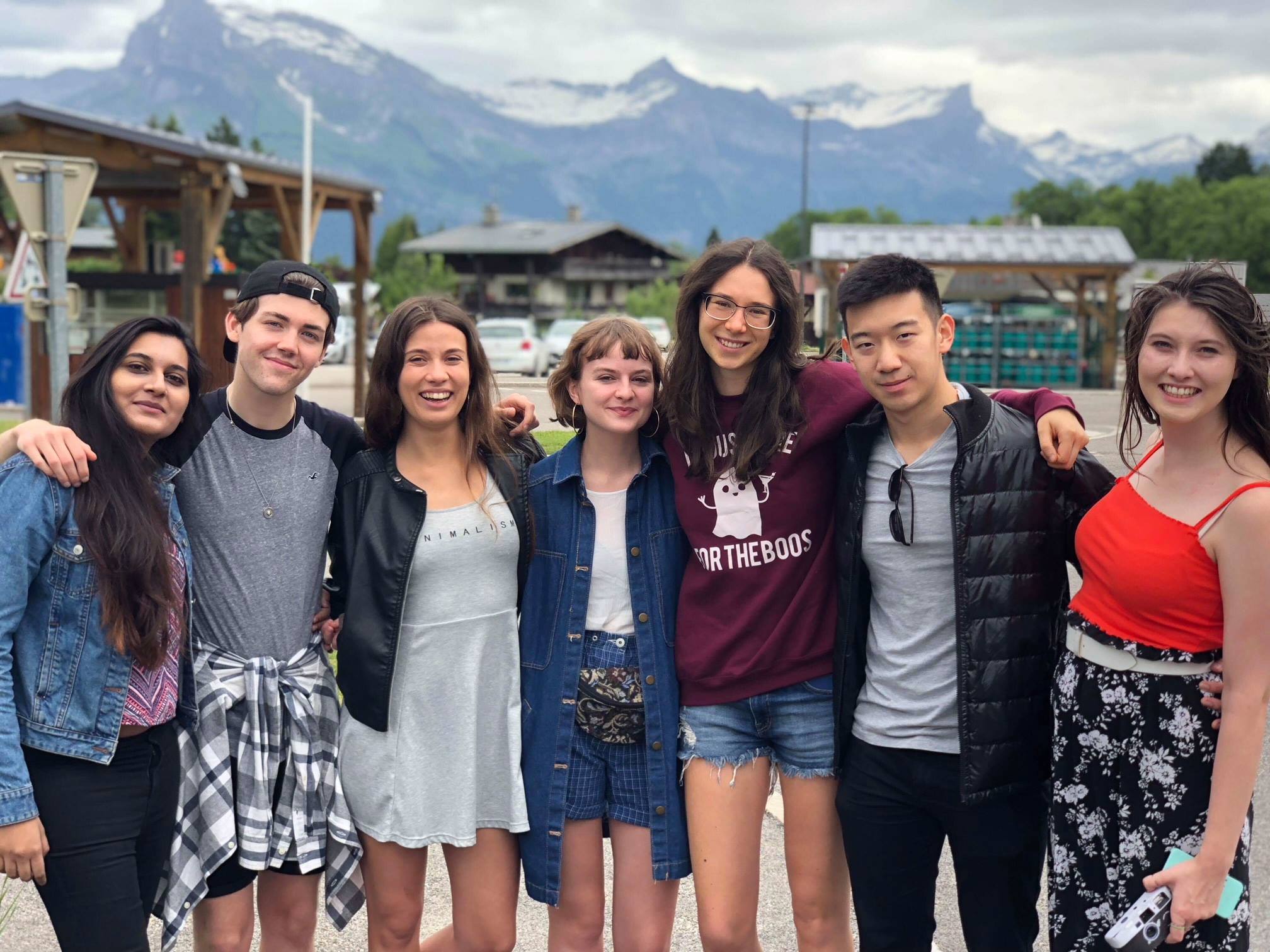 The great thing about MML is that you will very rarely find someone doing all the same stuff as you; the breadth of choice in MML means that no student will have an identical week. This is perhaps more relevant to second and fourth years, when there is more choice in your papers (modules). Yet even in first year, some students may be spending their time looking at existentialism in French cinema, while another may be analysing the words of Marx and Engels in the Communist Manifesto. Doing ab initio German in first year meant that I had one 9 am and two 10am language classes every week (alternating between two different language teachers), alongside a weekly oral supervision. Do not be put off by oral supervisions in your ab initio language; they are very laid-back and are actually seem more like an extra language class. For post-A-level French, everyone attended various language classes (Use of French, French translation and an oral supervision in College) as well as the ‘Introduction to’ paper, which encompasses a variety of literature, film and thought. More information on specific papers can be found on the MML website. Depending on how you manage your time, the workload never becomes too much of a problem. I would recommend completing your language work on the day it is set, so you have more time to focus on your weekly essay. 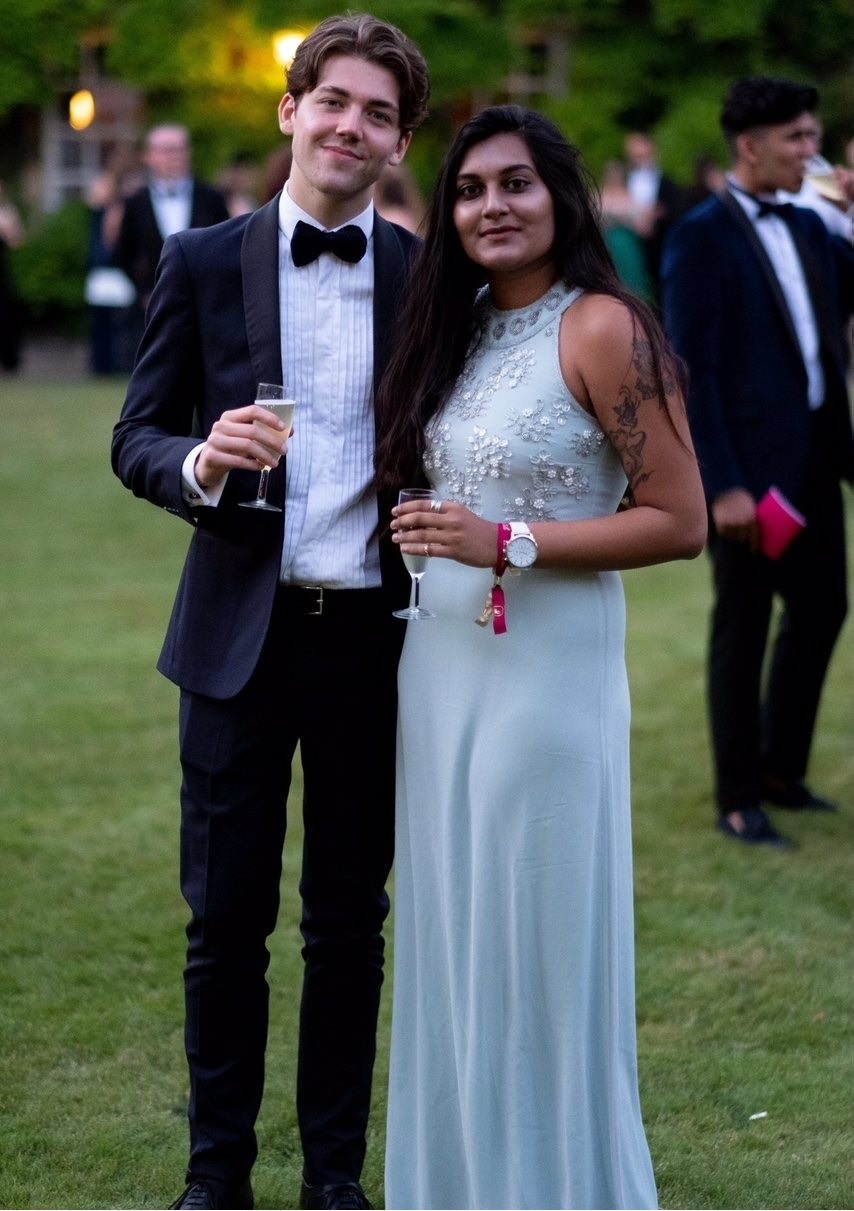 In first year I decided to write for The Tab, one of the main student newspapers in Cambridge, and also tried out rowing. I spent a lot of time just spending time with friends in College (chilling in the JCR, having a few drinks in the Buttery). The great thing about Christ’s is that you will always bump into someone you know if you just step outside your room – College really isn’t that big at all. Definitely take advantage of the events going on during Freshers’ Week, as this will be a great way of getting to know your year before lectures and supervisions start. This year I was also the Freshers’ Rep on the Christ’s JCR, meaning I got to play a role in welcoming the new freshers and planning events. Working on the JCR is a great way of getting to know other College members in other years, and getting to know the College better in general. The picture on the right shows us dressed up for a May Ball - a big all night party organised by students. If you don’t feel like doing anything specifically linked to College or the University, you will always find something exciting going on in Cambridge.

What are your plans for future years?

As of September, I will be spending a year near Frankfurt, Germany as an English language assistant for my year abroad. Even though I only started German when I came to Cambridge, I am looking forward to specialising in German history and language in my fourth year. As for plans when I graduate, I am still relatively undecided! The great thing about MML is that you have a whole extra year to decide what you want to do before moving off into the big open world. Currently my plan is to see how I enjoy teaching on my year abroad, and if all goes well I’ll probably go into teaching through Teach First. Another option might be working in the Foreign Office or for the BBC. As an Modern and Medieval Languages graduate, your options are pretty extensive.

"The great thing about MML is that you have a whole extra year to decide what you want to do before moving off into the big open world."

Back to Student profiles /  Modern & Medieval Languages at Christ's / Next: Juliette's profile