Kieran is from Reading in the south east of England, and studied Medicine here at Christ's College, Cambridge. He wrote this just after finishing his third year, when he was ready to start the clinical medicine course.

Why did you choose your College?

I chose Christ’s for a number of reasons: the central location, the history (Darwin’s College!), the beautiful buildings, and the facilities (including a squash court and theatre).

After arriving at Christ’s I quickly realised one of the best things about the College is the tightly-knit and friendly student community. Christ’s is not the largest College, but neither is it the smallest, and in my opinion the number of students is just right to get to know everyone while also meeting a wide range of people from lots of different backgrounds. It has certainly lived up to my expectations and has been a lovely place to live and study.

How easy did you find it to choose a university course?

I decided to apply for Medicine very late – only a few months before the UCAS application deadline. Before that I was thinking about studying Biology, and even before that Geography! I found it quite difficult to decide on which course I wanted to study, but I am someone who needs to pressure of a deadline to help me make a decision. I would definitely recommend either coming to an open day or researching the courses online to help you decide. I finally settled on Medicine because I felt it would both satisfy my interest in biological science and meet my desire to work with people.

The Medicine course at Cambridge is quite different to the course at most medical schools in that the first three years are entirely pre-clinical, consisting of lectures and lab practicals without much contact with patients, while the second three years are entirely clinical, with extensive contact with patients at Addenbrookes Hospital and in the surrounding area. I was attracted to this course because I liked the idea of developing a strong scientific understanding of human biology in the first three years before focussing on clinical medicine. 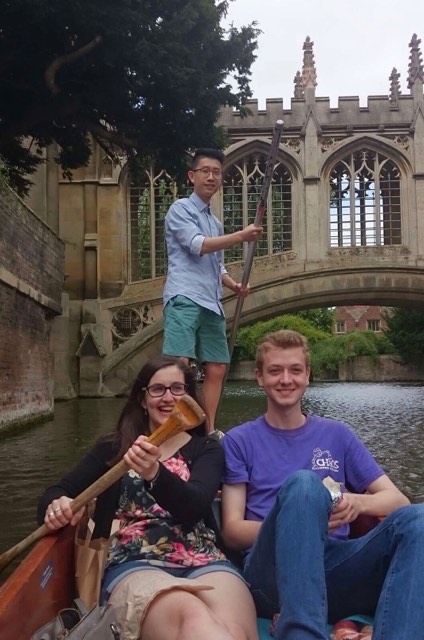 What advice would you give sixth formers considering an application in Medicine?

Don’t be scared to apply for Medicine. When I was applying, I was slightly worried about committing to six years of study. However, at Cambridge you get a normal degree after three years too, so if you do decide you want to pursue something else, the three years spent studying do not go to waste! On the other hand, you should be fairly sure you want to do Medicine - it is hard work and it's much easier when you are working on something you are genuinely interested in!

If you do apply, my advice would be to enjoy the summer before you start at Cambridge without worrying about work so that you arrive rested and ready to go. However if you do want to prepare in some way, A Thinking Approach to Physiology covers a lot of the physiology you will encounter in first year, and (unlike most textbooks) is nice and short.

What was being in the final year of the pre-clinical course like?

For Medicine, the third year (final year of pre-clinical medicine) is similar to an intercalated year at other medical schools. Unlike the first and second years where everyone studies the same topics, in third year you join another course to study a subject of your choice. Most medics choose to study Natural Sciences courses relevant to medicine, such as Physiology, Pathology or Pharmacology. However, there is no requirement to do so, and the options available in third year are extremely diverse and often have nothing to do with Medicine! I chose to study Pathology this year, specialising in virology and infectious disease dynamics - this was primarily because I really enjoyed Pathology (particularly the lectures on viruses) in second year. In addition, the two modules I chose complemented each other very well, with some shared lectures between the two courses.

There are also far fewer lectures and timetabled practicals this year than there were in the first and second - I had on average about five lectures per week, but I was expected to do much more extra reading into areas I was interested in. In addition, I chose to do a long-term laboratory project on Dengue Virus alongside the lectures, which took up a lot of my time.

My project on Dengue Virus was probably my favourite part of the course this year! I had the opportunity to work most week days for two terms in a laboratory at Addenbrookes Hospital, using a new technique to investigate the structure of Dengue Virus RNA. Working at the forefront of science was very exciting! Students in third year can choose to do a dissertation rather than a research project, if they prefer. 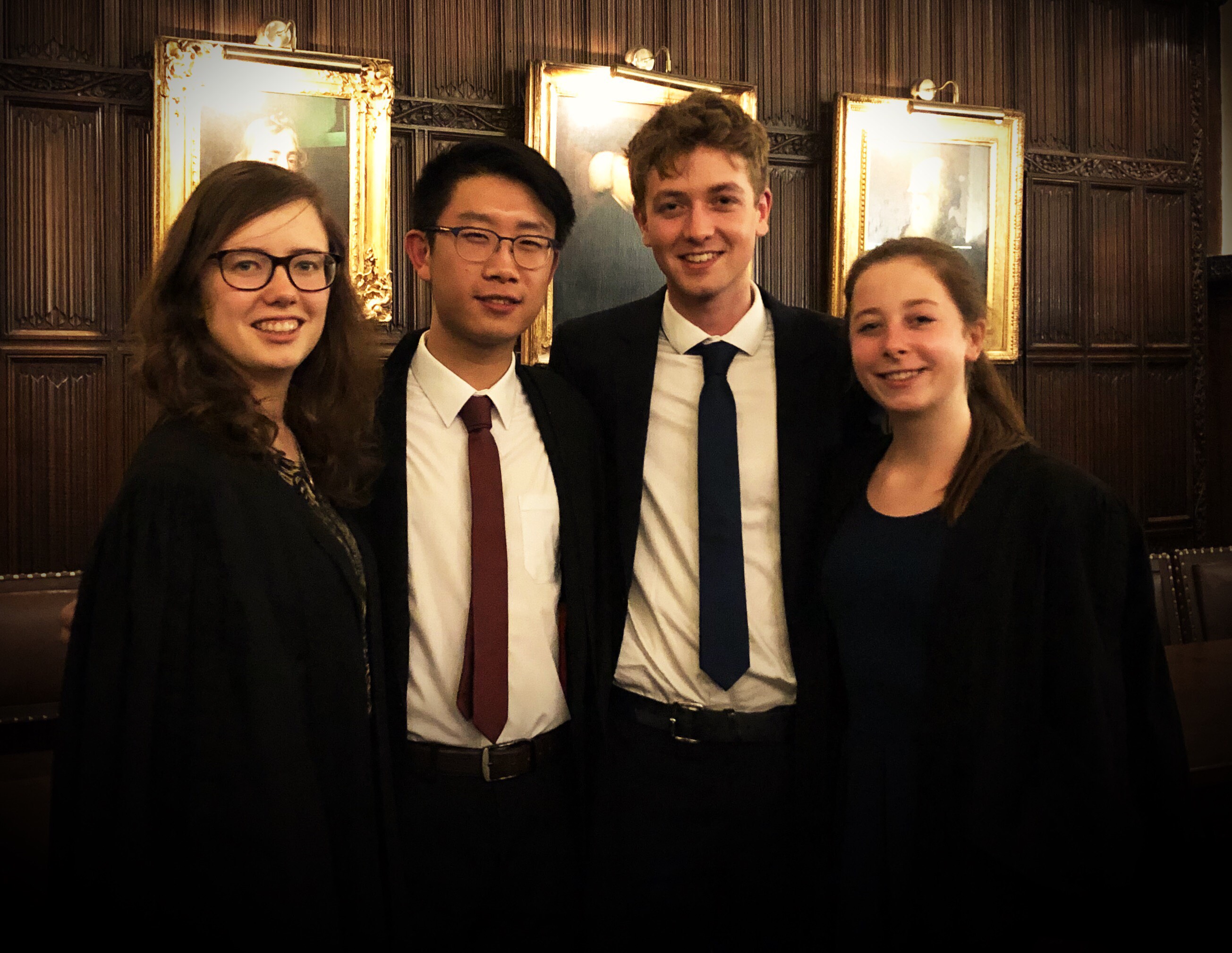 How have you changed your approach to work in different years?

In first and second year, I found that everything you need to know is contained within the lectures, and so organising the lecture notes and making sure you understand the lecture material is key for doing well in the exams at the end of the year.

In third year, when the science becomes more advanced, there are fewer lectures and doing extra reading alongside some of the interesting lectures really helped.

I have found that working over the Easter holidays at home relieves a lot of the stress of exam term because you can then prepare well for the exams over a longer time period in a more relaxed way. Although there is a lot of revision to do and the exams are hard, you are more than capable of doing well if you have been accepted at Cambridge, and shouldn’t be daunted by the amount of work that other people do! 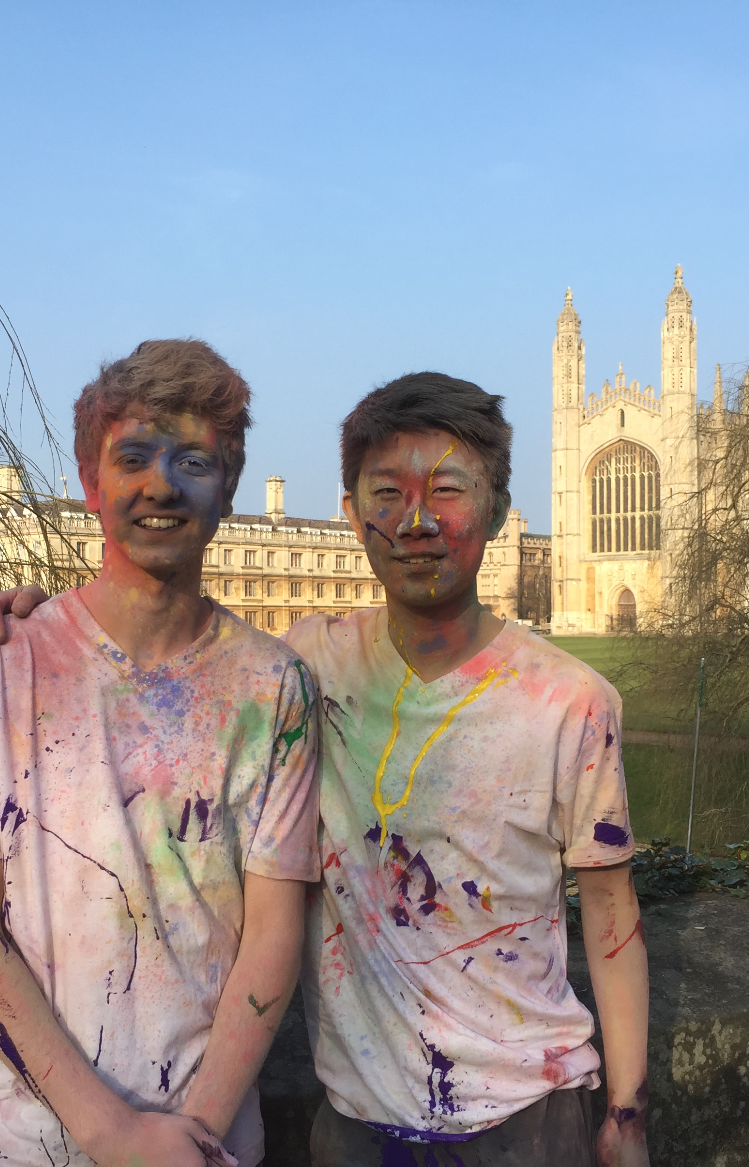 Have you been able to manage a reasonable balance of work and other things you wanted to do?

At Cambridge there is so much you can do outside of academia, including sports, drama, debating, politics, film societies, food societies, charitable societies and societies for pretty much anything else you can think of! Although there is a lot of work at times, I feel like I have been able balance this with other things – this year I have tried rowing, running and archery.

Christ’s offer lots of support in terms of student health, welfare and finances. I found the ‘Chaplain’s Tea’ (free food and drink by the pool in the sunshine) during exam term a great way to relax. I have also received financial support from the College to travel during the summer holidays!

What have you most enjoyed about your time at Christ’s?

I have met some life-long friends at Christ’s, and spending time with them has been one of the most enjoyable things about studying here. I think it is important to remember that you only get to be an undergraduate once, and so although sometimes there is a lot of work to do, that shouldn’t stop you from enjoying student life with the people around you.

This year I lived in halls inside College (in Y staircase). It is a beautiful place to live with views over third court. I had a spacious room, and shared a kitchen and toilets/showers with the other students on the same floor. I was living with friends (the College ballot system allows you to do this in third and second year) and really liked it.

What did you do for May Week?

I went to Christ’s May Ball, which happens every two years and runs all night long. Although tickets are expensive, you get unlimited food and drink all night, and there are loads of fun activities like rides and headline acts. There are also lots of ways of getting tickets for May Balls at much cheaper prices or even for free - for example you can work half the night and explore the Ball for the other half, or if you decide to help organise the ball by joining the May Ball committee. This year my friends and I decided to cycle from Cambridge to Ely and back, which was a great way to escape Cambridge for the day. Other events during May Week include garden parties and club nights 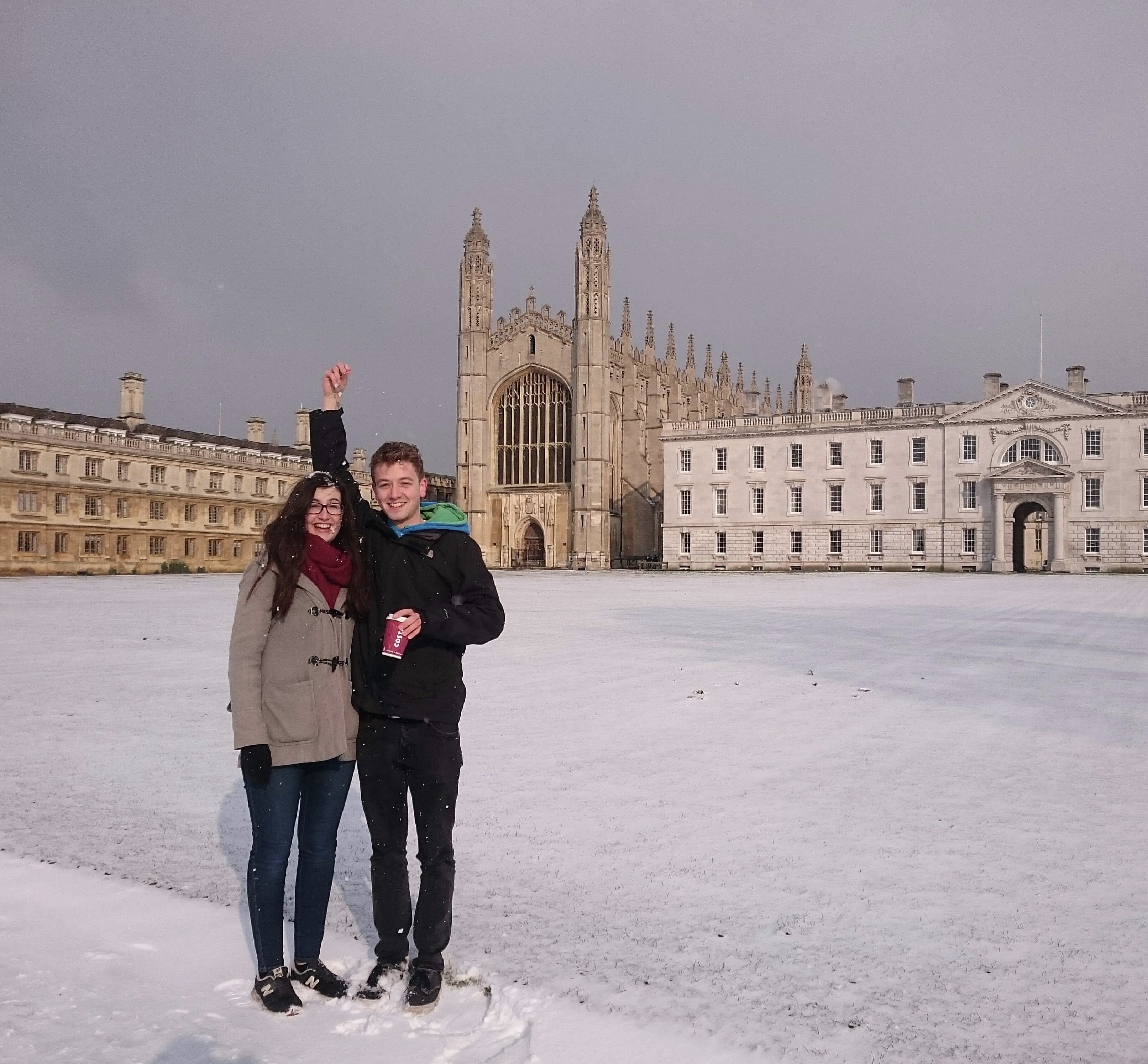 Looking back over your time at Cambridge, what do you feel like you have gained from being here?

I have gained so much knowledge from my course, but also developed a lot as a person. The experience and challenge of being at university has helped me to develop skills and attributes that will help me in the future.

Studying at Cambridge is a great opportunity to try things you would not normally get to try – for example unusual sports like Ultimate Frisbee or Eton Fives. It took me a while to realise this, and if I could go back to first year I would dive into extra-curricular activities more readily! One of my favourite memories is the Varsity Ski trip, which I went on for the first time this year (even though it happens every year). It was so much fun and a great way to learn to ski at a reasonable price as well as relax with friends at the end of the first term.

What will you miss most about Christ’s?

Quickly after starting at Christ’s you become accustomed to the surroundings and it is easy to forget that you are living in courts that are hundreds of years old. However, it is an amazing and beautiful place to live, and that is something I will miss. The Fellows' Garden in summer is my favourite spot in Christ's – it is beautifully maintained and although the centre of town is just outside, it feels like a haven a world away from the busy streets of Cambridge.

Do you have any plans for what you’ll do post-graduation?

Having finished the pre-clinical Medicine course (first three years), I will now move on to clinical medicine at Addenbrookes Hospital and surrounding health centres. Most medics are planning to do the same. There are a few however who plan to do other things – for example studying a Masters course before starting clinical school.

The University Careers service offers lots of support post-graduation – especially for students on courses that are not as vocational as Medicine.

Back to Student profiles page / Medicine at Christ's / Next: Neophytos's profile