Seán is from Shrewsbury in Shropshire (West Midlands), and wrote this at the end of his first year studying English here at Christ's College, Cambridge. Before coming to Cambridge, Seán sat A-levels in English Literature, History, and Philosophy & Ethics, as well as completing an Extended Project Qualification on the Eastern Roman Empire.

Why did you choose English at Cambridge?

I found the Cambridge English course appealing as I was keen to be exposed to as many kinds of literature as possible before making a choice to specialise. I felt this would allow me to make the most informed decision between papers in second and third year, while giving me an understanding of literary developments across historical periods. I was also attracted to the University's own place in literary history, hosting such influential figures as I.A Richards and F.R Leavis, both of whom greatly contributed to the beginnings of formal literary criticism.

I chose to apply to Christ's after doing a lot of research and comparison across different colleges; I found Christ's best for me due to its centrality, medium size and reputation for strong academic support. In fact, Christ's also supported me financially in my first year by offering a book grant to freshers (which I used in my first term), and a travel grant to assist me with living costs while performing at the Edinburgh Fringe during August.

I also enjoyed the overall atmosphere of the college and its grounds, and this helped me decide that I wanted to spend my time as an undergraduate there. The process of applying was relatively simple; I wasn't pooled, nor did I take a gap year.

Cambridge's collegiate system really appealed to me as I found that it facilitates strong academic and pastoral support by compartmentalising these systems within colleges, rather than having to support the university population as a whole. I also enjoy the vibrancy and personality colleges bring to the city - many of the central colleges have significant and distinct histories, traditions and architecture which complement each other and encourage a healthy atmosphere of competition. As an active participant in student theatre, I spend a significant amount of time in other colleges using different rehearsal spaces and music rooms. Also, making friends from other colleges hasn't been a problem thanks to my involvement in the busy theatre scene, which offers ample opportunities to meet people from across the university.

"I found Christ's best for me due to its centrality, medium size and reputation for strong academic support." 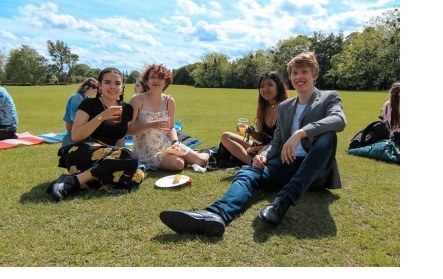 I found the application process fairly straightforward, but also felt a little overwhelmed by the extra steps required by the university alongside the standard UCAS route. Thankfully, my application ended up going through without any problems! I prepared for my interviews by researching university websites as well as attending outreach talks and events geared towards applicants, which explained the process. I also wanted to thoroughly know my personal statement, and be prepared to elaborate on anything I'd written in it.

My interviews met my expectations on paper, but I would say it's futile to really anticipate how the interactions will feel on the day, independent of the technical structure of the interview. It will likely feel strange or surreal but it's important to acknowledge that your interviewers want to see how you think - rather than what you know - and aren't there to catch you out but to let you show off.

Prior to my interviews I sat the ELAT, which I had prepared for by doing past papers and asking my A-level teacher to mark and make comments on my essays. General practice in analysing unseen poetry and prose was the best way for me to prepare for the ELAT, as practical criticism skills are exactly what it's designed to assess. I would advise applicants for English to ensure that, in their personal statement, they discuss literature which truly excites them - be it classic literature, graphic novels or song lyrics - but to think deeply and write clearly about why exactly it interests you. This will put you in very good position for your interviews and demonstrate a love of literature which will stand out and be taken seriously by the college you apply to. 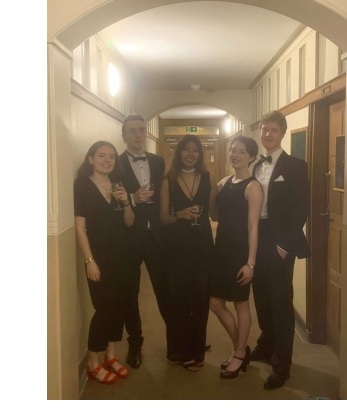 What were the first few days at Christ’s like?

Before arriving, I felt the same feelings of excitement and worry almost all freshers will experience. I was especially excited to meet talented, interesting people from diverse backgrounds but worried I would be left behind academically by my peers when faced with large volumes of unfamiliar and difficult work. Thankfully, I found the work challenging while staying manageable and flexible - my supervisors favour quality over quantity and value a thoughtful supervision discussion over an extra five hundred words on an essay.

To my surprise I settled in smoothly. It took just under two weeks for things to stop seeming strange - like I had been accepted as a massive practical joke - and become something of a routine. While time was the simplest and largest factor in settling in, enrolling in some extra-curricular activities and building a social circle were pretty integral to me finding my feet in those first few weeks. Thankfully, Freshers' Week is largely engineered to help you achieve those things, so as I said "yes" to more things (such as auditioning for the University Show Choir) I found myself getting more and more familiar and comfortable with Cambridge as a city, as well as a university.

Overall, my Fresher's week was a bit of a blur (I'm sure many will say the same), but one of my fondest memories is of the traditional "Family Dinner", where the nerves and social awkwardness of so many new people meeting each other in those first few days began to melt away. Each pair of college "parents" (second year mentors) take their first year "children" to a large evening meal, with all the "families" descending upon the same restaurant. The room is filled with excited freshers and second years eager to show off - the evening is particularly memorable.

I was very daunted to start lectures and, especially, supervisions. However, I found my supervisors  considerate and careful to ease myself and my peers into the new course while encouraging productive discussion. Importantly, I quickly learnt that, as an English student, not all lectures would be useful or relevant to what you might have been studying that week, or even that term. Rather than teaching a syllabus, most lectures (aside from introductory lectures, which deal with the social, historical and political context of a particular paper) consist of an academic presenting some of their new research in a digestible form for students to use as springboards for their own thought. This was something that surprised me when getting to grips with how things worked, but I came to appreciate the need to select lectures carefully to help stimulate essays I was writing or due to write.

"My supervisors favour quality over quantity and value a thoughtful supervision discussion over an extra five hundred words on an essay." 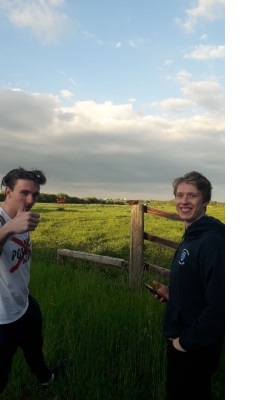 What have you particularly enjoyed this year?

I think my favourite topic I encountered this year was the Elizabethan writer Thomas Nashe, whom I was introduced to in Lent term. He continues to fascinate me and make me laugh with his antics as "literary troublemaker" (as my supervisor once called him), which include elevating language itself above meaning or truth, detailing the seven kinds of drunk personality and writing a 40 page pamphlet about smoked fish.

My favourite thing about Cambridge has been the amazing people I've met and befriended so far. When I arrived, I encountered a like-minded attitude of open mindedness and respectful discussion, which really helps foster incredible friendships and a sense of belonging. If I could change anything about Cambridge, I'd make it so weeks begin on Mondays rather than Thursdays (it's infuriating!).

When I'm not working I like to write as a hobby! Lots of students are writing new material here and "Smorgasbord" - which occurs in first and second term - allows new student drama to be staged (also acted, directed and produced by students) in an amazingly creative atmosphere. However, most of my time outside work is devoted to performing in student theatre. Cambridge theatre is massive, with at least 4 shows playing every night (except Sundays) during term time, and new shows every week. There is really something for everyone at Cambridge if you want to get involved; from musical theatre to straight dramas, from acting to directing, lighting design to stage management. Your best avenues for getting involved in student theatre are to attend the freshers fairs when you arrive, and to visit CamDram, the data base for all things related to auditions or vacancies.

Outside of term time I usually go back home to Shropshire; however, this summer I worked for the University on a summer school for 17-18 year old international students. This involved staying in Cambridge for an additional two weeks, and, as a student ambassador, I plan to continue to perform similar work during my time as an undergraduate.

"There is really something for everyone at Cambridge if you want to get involved." 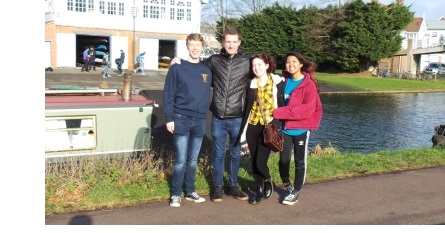 What are you looking forward to next year?

After a year of finding my bearings, I'm especially excited to dig deeper into my degree, and to make the move from halls to a house in the centre of Cambridge, living with six of my close friends. I'm looking forward to this as we'll have a space to really make our own, along with some added freedom and the comfort of living with a group of good friends. I've opted to study literature from 1830-1945 (paper 7a) next Michaelmas, rather than choosing to cover contemporary literature (the much more popular avenue) as I have a particular interest in Herman Melville and have wanted to study his work at university level ever since I first came across him; this is my chance!