Juliette wrote this when she was just finishing her year abroad, which is the third year of the Modern and Medieval Languages course. Her languages are French (post-A level) and Italian (from scratch). She is from Didsbury in Greater Manchester (North-West England), and at school, she studied French, Spanish and English Literature for her A-levels, as well as an AS-level in History.

Did you always know that you wanted to study languages?

I had always assumed that I would study languages at university as I really enjoyed learning them at school. But then, when I was doing my A-levels, I started to really enjoy English Literature, which made me wonder if I might want to read English instead. I eventually settled on a languages degree, as that would enable me to take both language and literature papers.

Once I had decided to apply for languages, I had the additional dilemma of which language or combination of languages to study. I did A-levels in both French and Spanish, but I wasn’t that keen on Spanish. So I decided that, as well as studying French, I would take up another language at university, partly because I thought that it would be more difficult to learn a new language outside of an academic setting. I chose to apply for Italian because, for my English A-level, I had studied a lot of English authors (such as Robert Browning) who had been really influenced by Italian culture, so that made me think that it might be an interesting language and culture to learn about. It was a bit of a risk, as I had never even been to Italy, but I am really glad that I made the choice that I did: I enjoyed learning Italian so much that I opted to spend my Year Abroad in Italy, as an exchange student at the University of Bologna!

What do you like about Modern and Medieval Languages at Cambridge?

I chose to study languages because I wanted to have a lot of variety in my degree course. The Modern and Medieval Languages (MML) course at Cambridge is particularly good in this respect, as it is very flexible, so you can tailor your degree to fit your personal interests. For example, in my second year, I actually substituted a language paper by an extra literature paper.

Some language courses don’t have any literary or cultural elements; they just focus on teaching the language. As I was really undecided between studying languages or studying English, I knew that those courses weren’t for me.

"I chose to study languages because I wanted to have a lot of variety in my degree course."

Did you find it easy to choose a College?

No! I really agonised over my College choice. In retrospect, that wasn’t necessary: the Colleges are more similar than they are different. That said, Christ’s is a great College.

I applied to Christ's because it seemed to tick all the boxes: central; old; pretty; not too big, not too small; good facilities. But Christ’s also has a load of advantages that I didn’t even know about at the time I was applying. For instance, it gives a lot of financial aid to students, in the form of book grants, travel grants, rent rebates etc.

I think that MML at Christ’s has particular advantages: it is one of the only Colleges in which you have a Director of Studies in both your languages, which means that there is always someone who can give you really in-depth advice about which papers to take and similar matters. 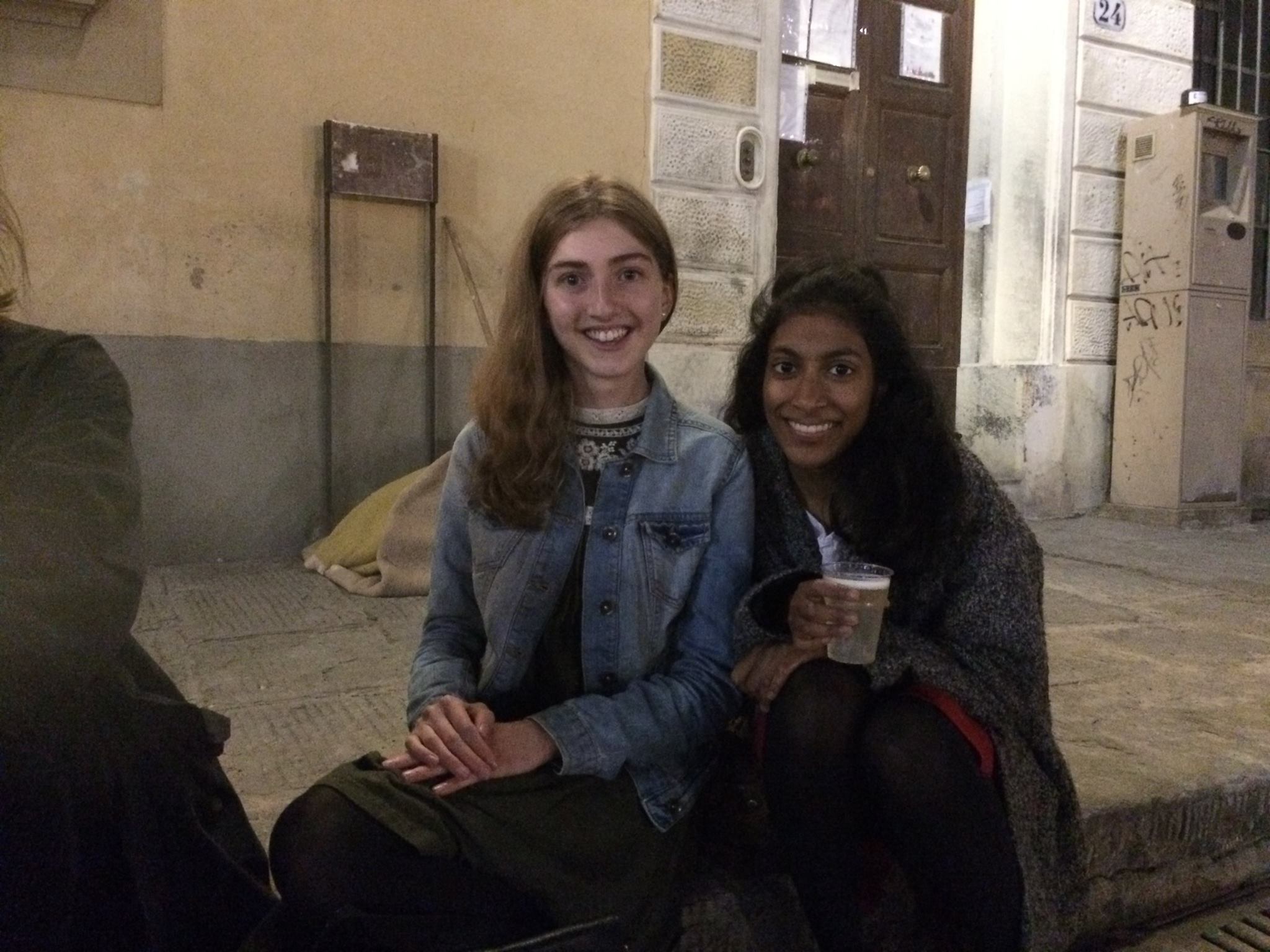 What advice would you give sixth formers considering an application for MML?

To apply for Modern and Medieval Languages, you don’t have to have an exhaustive knowledge of the language that you are applying for, or of its culture – the interviewers couldn’t possibly ask you about everything, anyway! So, in your personal statement, I wouldn’t list a whole load of books or films that you have read (and I wouldn’t mention anything that you would not feel confident talking about at interview). I would just find something that interests you and read around it – for example, if there is a foreign-language book that you have particularly enjoyed, you could try reading another work by the same author. The Cambridge course is quite intense, so the interviewers want to be sure that you have the motivation to work hard at your subject: you just have to prove it to them!

"The Cambridge course is quite intense, so the interviewers want to be sure that you have the motivation to work hard at your subject." 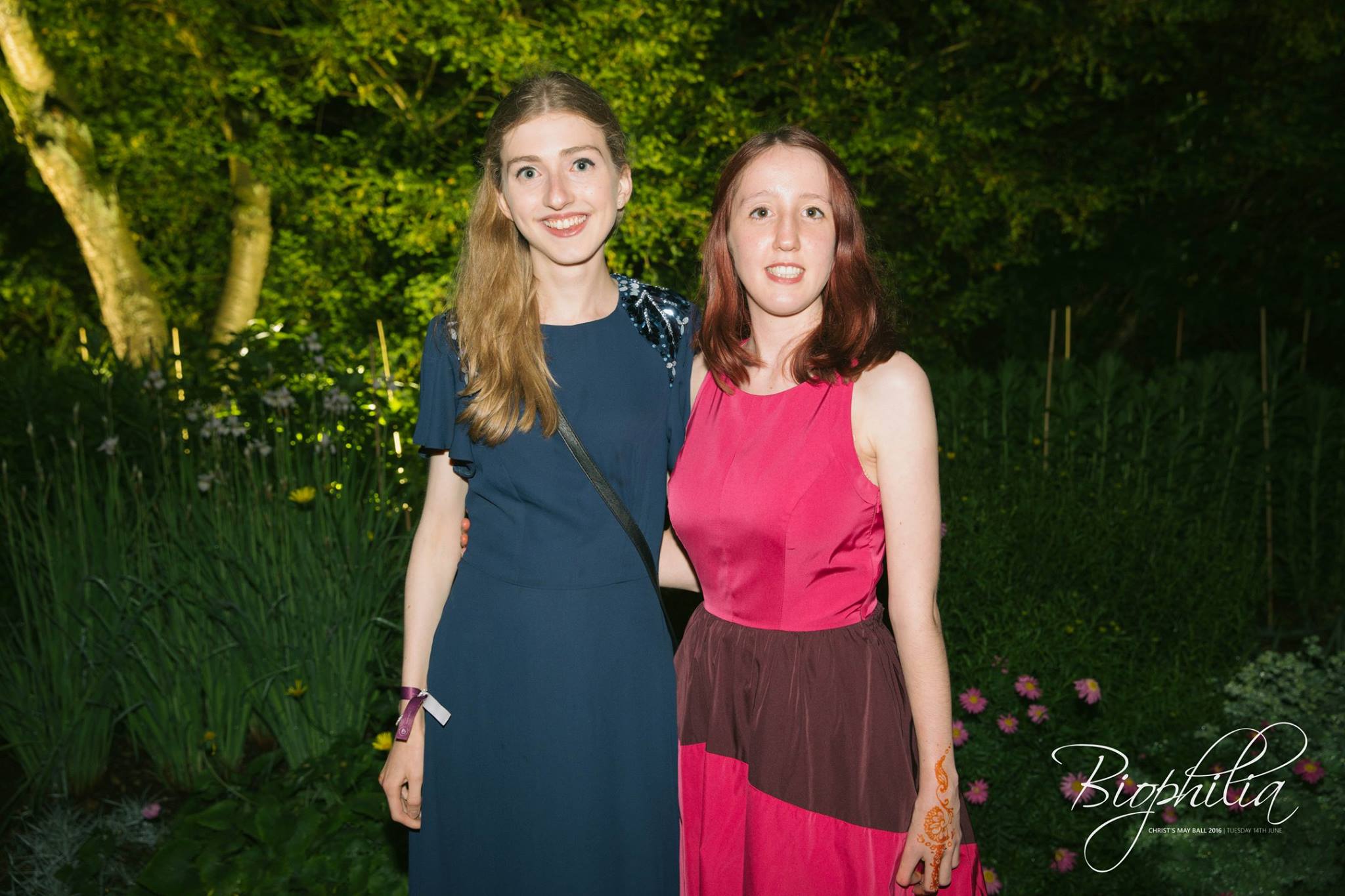 Are there any particular books or other resources that you’d recommend?

If you live in a big city, the Alliance Française organises quite a lot of French cultural activities and events, some of which are free – during sixth form, I attended a (free) monthly French book club, for example. Their Manchester website can be found here. It was pretty much me and a lot of middle-aged people, but it introduced me to a lot of contemporary French literature (and was actually really fun!) There are also a lot of foreign-language YouTube channels, which can help with listening skills.

What did you do for your Year Abroad?

From September to June, I was living in Bologna (a city in the north of Italy) as an Erasmus student at the university there. Naturally, living abroad presents a few challenges, as when I had to navigate the rather confusing Italian healthcare system. But I had a good time, and I made some good friends. At the University of Bologna, all of the papers that I took were Italian literature papers, so I got to learn about a lot of authors who I'd been wanting to study for a while. At Cambridge, you have to do a Year Abroad Project while you are away: it can be a dissertation, a translation, or a linguistics project. In my second year, I had taken Fr4 'Rethinking the Human: French Literature, Thought and Culture, 1500-1700', which covers a range of sixteenth- and seventeenth-century texts. I took the paper purely because I thought that I couldn’t really graduate in French without having studied Molière at least once. But I actually really enjoyed the sixteenth-century element of the paper, so I wrote a dissertation on the poetry of Remy Belleau. He was associated with the Pléiade group of poets – Ronsard, another key figure in the group, is one of the authors on the first-year French literature and culture paper.

Did you receive any particular support from College during your degree?

I really do believe that students at Cambridge (and at Christ’s in particular) receive a lot of financial support that they wouldn’t necessarily receive at other universities. There are book grants for all first-year students, and Christ’s is also really generous with travel grants: in my second year, I went to Tuscany for an Italian language and culture course, and the College covered almost all of the costs! I have also received rent rebates for all of the years that I have lived in College, which has made a big difference to my finances.

"I really do believe that students at Cambridge receive a lot of financial support that they wouldn’t necessarily receive at other universities." 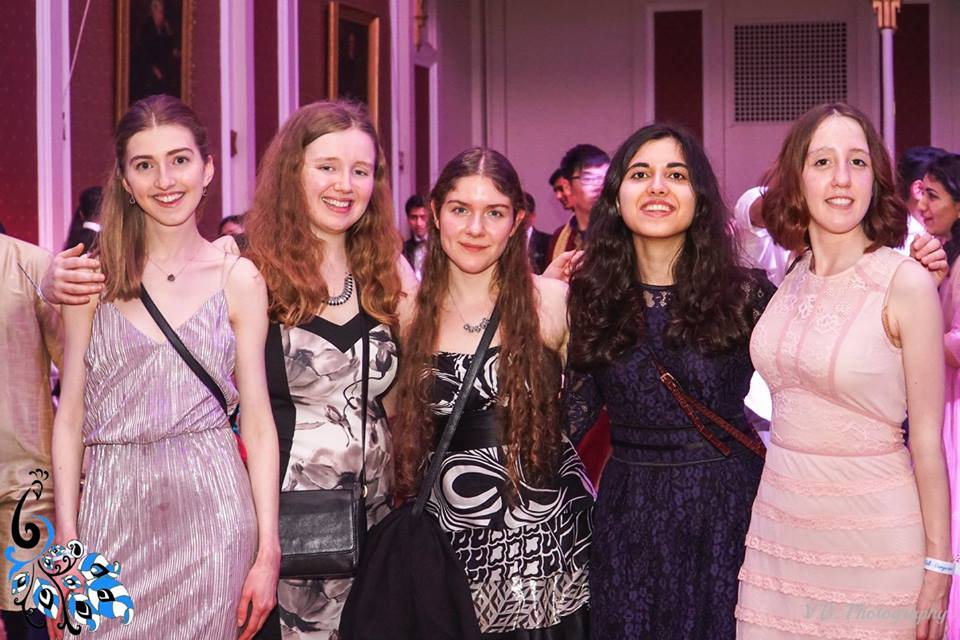 What do you feel like you have gained from being at Cambridge?

I think that I have gained quite a lot of confidence. I went to a non-selective state school, I was the only person to go to Oxbridge from my school, so I assumed that I would be really far behind the other students studying MML at Cambridge. But, when I arrived, I was pleasantly surprised to find that I could keep up with the other students here. I think that I might have continued to feel quite insecure in my abilities if I had gone to a different university.

What are your favourite things about Cambridge?

There are tons of things to do in the city and in the wider university, but there are also lots of events in Christ's itself. One of my favourite events was a concert, held in the College chapel, at which pieces of music by various female composers were performed – it was great to hear some fantastic music that has been ignored until quite recently. When I leave Cambridge, I will miss being in an environment in which it is okay to be passionate about and to work hard at your subject. There aren’t many other places where that is the case. I will also miss being surrounded by such beautiful, ancient architecture all of the time – I still feel really privileged when I get to walk past all of the tourists into First Court.

In College itself, the Fellows’ Garden is gorgeous, especially in spring/summer, when all the flowers are out. But my favourite spot is probably Second Court – I feel very lucky to be living in one of its beautiful buildings for my final year!

"When I leave Cambridge, I will miss being in an environment in which it is okay to be passionate about and to work hard at your subject." 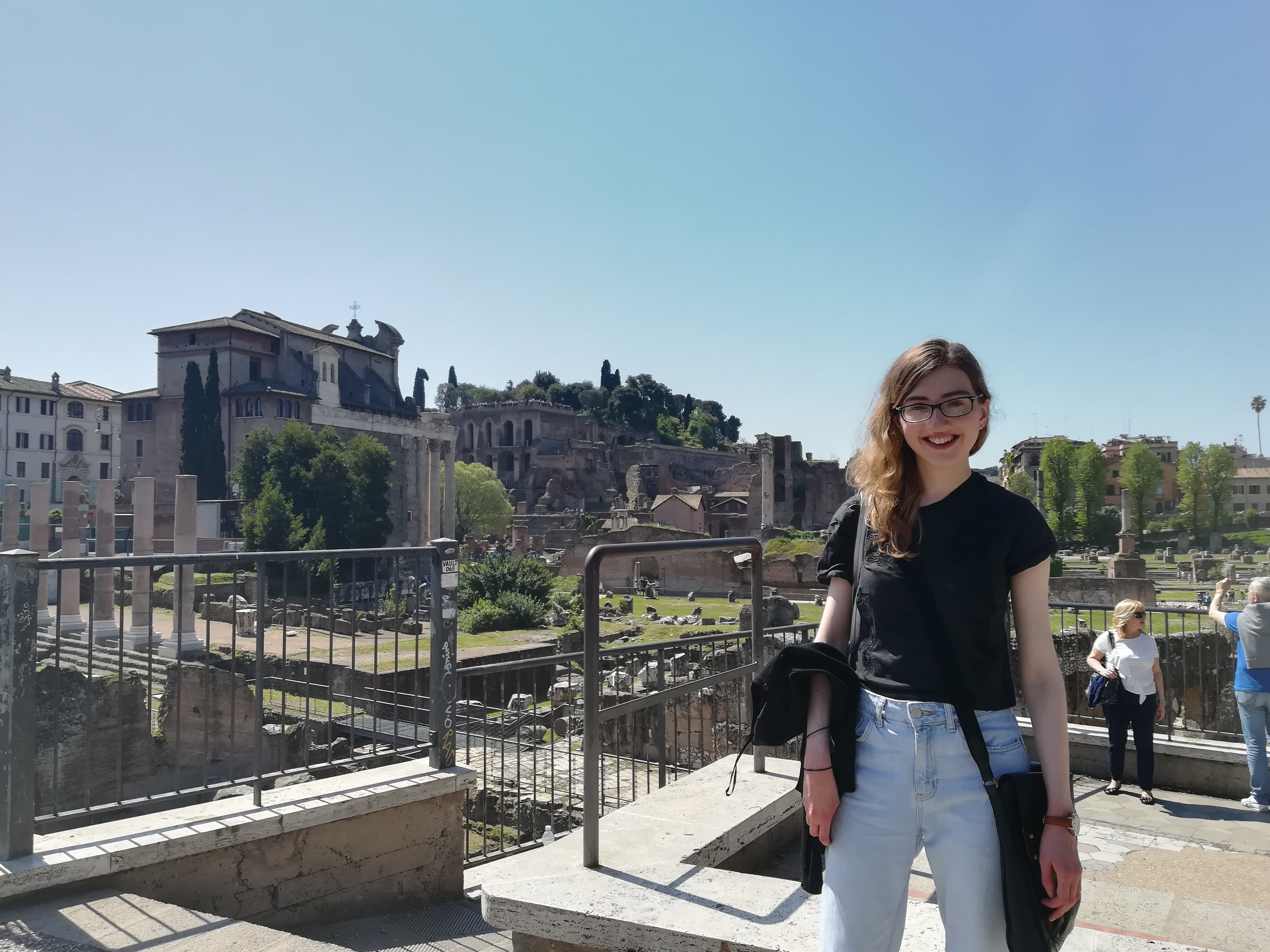 Do you have any plans for what you’ll do post-graduation?

Like most 18-year-olds, I didn’t really know what I wanted to do before I went to university and, like most 21-year-olds, I still don’t! But the Cambridge Careers Service is very helpful: on its website, it has a lot of information and podcasts about possible careers, as well as about postgraduate study opportunities. In my second year, I went to a talk at the Careers Service about what you should do if you don’t know what you want to do as a career, and it was actually really useful!

"The career destinations for MML students are really varied."