Dylan is from Barrow-in-Furness, Cumbria (in the North West of England), and wrote this at the end of his second year studying Computer Science here at Christ’s College, Cambridge. At school, he did A-Levels in Maths, Further Maths, and Computer Science, as well as AS-level Physics.

Why did you choose Computer Science at Cambridge?

I’ve always been interested in Maths, and Computer Science is quite a mathematical course. When I was applying to university I didn’t want to do just Maths, because I wanted more practical application. Computer Science at Cambridge allows a bit of both - a

"The early UCAS deadline (usually 15 October of Year 13) nearly caught me out  – I only decided to apply to Cambridge two weeks before it."

What do you think of the collegiate system in general?

I think that the collegiate system is quite good! It allows you to have a small group of people that you get to know really well, especially in your year, which might be harder otherwise. If you went to a non-collegiate university, you might only get to know people in your accomodation or on your course, whereas with Colleges you can get to know people outside of that. I haven’t really had much experience with this, but from what it seems there’s a lot of support available. On the part of the College there’s the tutorial system, which

"Practice going through everything you’re doing out loud – don’t assume the interviewers will just understand what you’re doing."

Before you came to Cambridge, what were you looking forward to?

I was looking forward to the course, and learning lots of new stuff. I was also excited to be in a new place, have some more freedom than at school, and meet some new people - although making friends was also the thing I was most worried about. Pretty much everyone makes friends really quickly, but before you get here you hope that you’re going to end up in a nice group of people.

The course isn’t something that I was really worried about. The workload is going to be high, but it’s the same for everyone. People tend to just 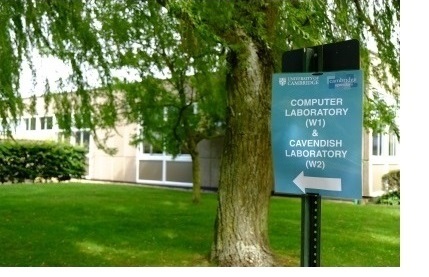 How did you find starting lectures and supervisions?

There’s not much to say about lectures - you go, you sit and listen, and you make notes. They're at the West Cambridge site, which is a 45-minute walk away from college along the river (most people cycle, but I prefer to walk). Handling the amount of supervision work you’re given is a bit more challenging. The workload is also quite surprising – it really is quite a lot of work initially, although you get used to it. Supervisions are also a definite step up from classroom learning. Most of my supervisions are two-on-one: there’s me

"I think the best supervisions are the ones where you come out understanding more than when you went in - when something clicks for you, and you’re like ‘Oh, I get it now.’"

I’m not very good at managing my workload sometimes, but it is entirely possible to manage your workload well. Lectures happen in the morning, so a lot of people stay in the Computer Science department after lectures and do supervision work. I and some of the people in my year will stay and work on supervision work together like this. I think it’s important to do the work when you get it, not leaving it until the last minute.

There’s a sliding scale when it comes to balancing social and academic commitments. If you want to be really academic, you will

Are you involved with any student societies in Cambridge?

I do a lot of theatre, mostly lighting design. I mostly do this at the ADC, which is the big student theatre in Cambridge. I also get involved at College level – I was the President of CADS (Christ’s Amateur Dramatics Society) this year, and I was also in CCMS (Christ’s College Music Society) as a member of the committee. CCMS has ensemble rehearsals every week - I’m in Jazz and it’s not very intense at all, we just go and play around.

I got involved in theatre in two different ways. My 'college dad', Ollie, was President of CADS

"A lot of students do stay in College over the summer, so there’s usually a Facebook group for people who are in Cambridge at that time." 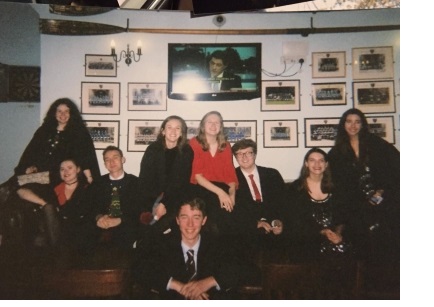 What are your plans for next year?

Graduating and getting into the world of work! I’m doing an internship this summer as a software developer at Capital One, and I really love it. I’m also looking forward to spending more time with my friends, as this is the last year we’ll all be together in Cambridge.

In terms of academics, there are two papers in Computer Science in the final year (50% of the assessed material). You have to sit both of them, but on each paper there’s fourteen questions and you only have to do five. Rather than deciding between papers, you just go into each exam and