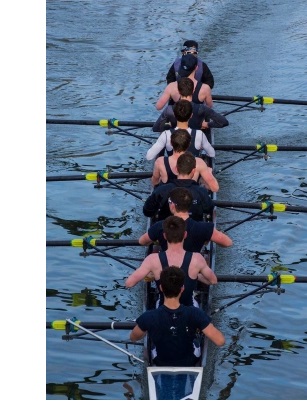 Many of the current Christ's rowers had not rowed before starting university, and the Boat Club runs a novices training program each year for those starting the sport from scratch. The Club has a stall at the Christ's Freshers' Fair every year (picture below), and runs taster session for freshers as well as a barbeque in Freshers' Week.

The amount of training, and time commitment, of rowing depends on the particular crew you are part of. The crews of W1 and W2 will train most mornings or afternoons, either by 'outings' (a training session on the river) or 'ergs' (training indoors on the rowing machines in the Boathouse gym). M3, however, train only three t 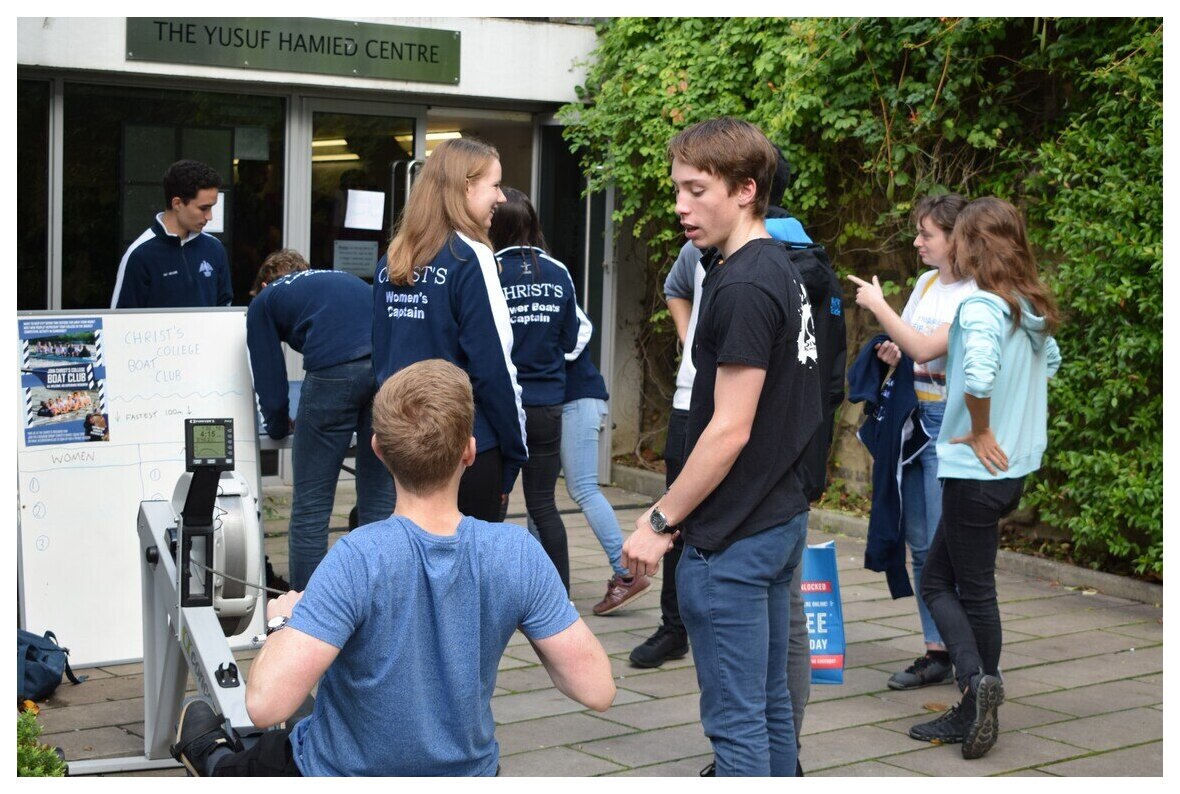 Every year in January, the Boat Club runs a training trip to Aiguebelette in France for members of all five crews.

Quite a few students mention rowing in their profiles, and you'll see that some have learnt from scratch at Christ's (Elisavet, Emily, Dave, Victoria) while others had already done it at home (Erin, Max).

Do also read the boathouse page, which has details of the facilities for rowers.

"I started rowing in fresher’s week, as I found the Boat Club BBQ and taster rowing sessions really fun."

Cambridge University Boat Club is based at the Gouldie Boathouse on the River Cam, and maintains both men's and women's squads. These squads compete for places in the first boats - men's and women's Blues - and may also row in the second boats, Goldie (men's) and Blondie (women's).

CUBC compete in races throughout the year, culminating in the famous annual Boat Race on the River Thames in West London.

"I got involved in Freshers’ Week and throughout first term, when the boat club runs a novice rowing program for people who haven’t rowed before coming to university. This year I’ve rowed in the Men’s second boat (M2)."