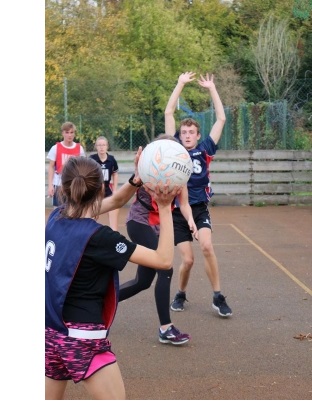 Christ's Mixed Netball team is open to students of all levels. The team have a match every weekend, and play in the intercollegiate competition, Cuppers, late in Lent term.

"Netball really is a great game to get into even if you have no experience whatsoever - both of the current mixed captains began as new starters, so I'd strongly encourage anyone with an interest to come along!"

You can read more about Simon's experience studying at Christ's in his student profile here.

"There are some people that have played in one game the whole year, and others that attend every single match without fail. The time commitment isn’t huge, often just an hour a week per sport."

Cambridge University Ladies Netball Club (CULNC) is based at the University Sports Centre in West Cambridge, and fields three main teams - the Blues, the Jays and the Swallows. Each team trains three times a week, and plays one British University and College Sports (BUCS) game per week. Each team also plays their Oxford counterparts in the annual Varsity match.