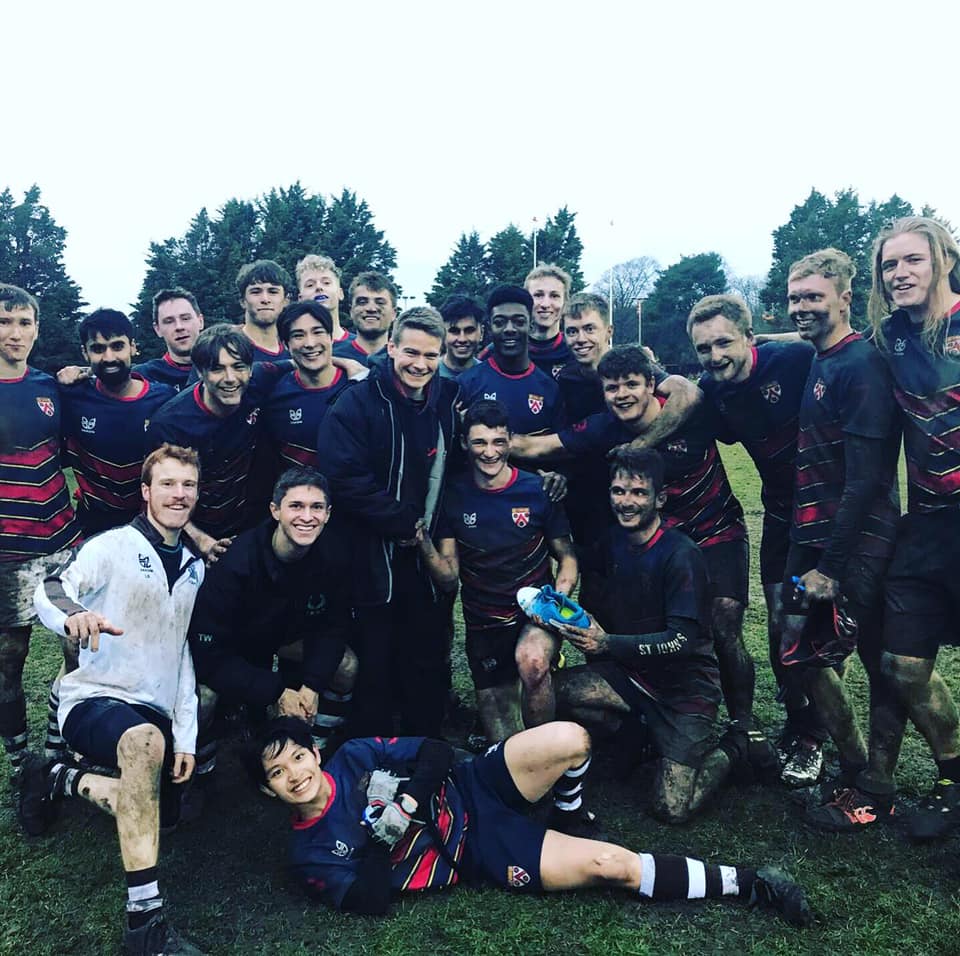 Christ's has sport pitches ten minutes from the College, and the men's team plays a game every weekend. They're currently merged with the Trinity team, and play in the intercollegiate league and knockout Cuppers tournament in Lent term.

College Rugby is an excellent way to get involved in the sport. Any undergraduate or postgraduate is welcome to join. Those trying rugby for the first time can mix with veterans and play at a level which is fun yet competitive for all. The team’s recent successes include winning the 2020 Boot Final.

The team trains once a week (typically touch and a selection of drills), and play every Saturday afternoon. Aside from that, regular socials and TV-room 6 Nations watching parties are a great opportunity for team bonding.

Cambridge University Rugby Union Football Club is based at the Grange Road stadium in Cambridge. They currently field five teams - first and second teams for both men and women, and an under-20s team. The teams train during the week and play at the weekends, with the biggest fixture being the annual Varsity match in December at Twickenham stadium, where each of the first teams plays against their Oxford counterparts.