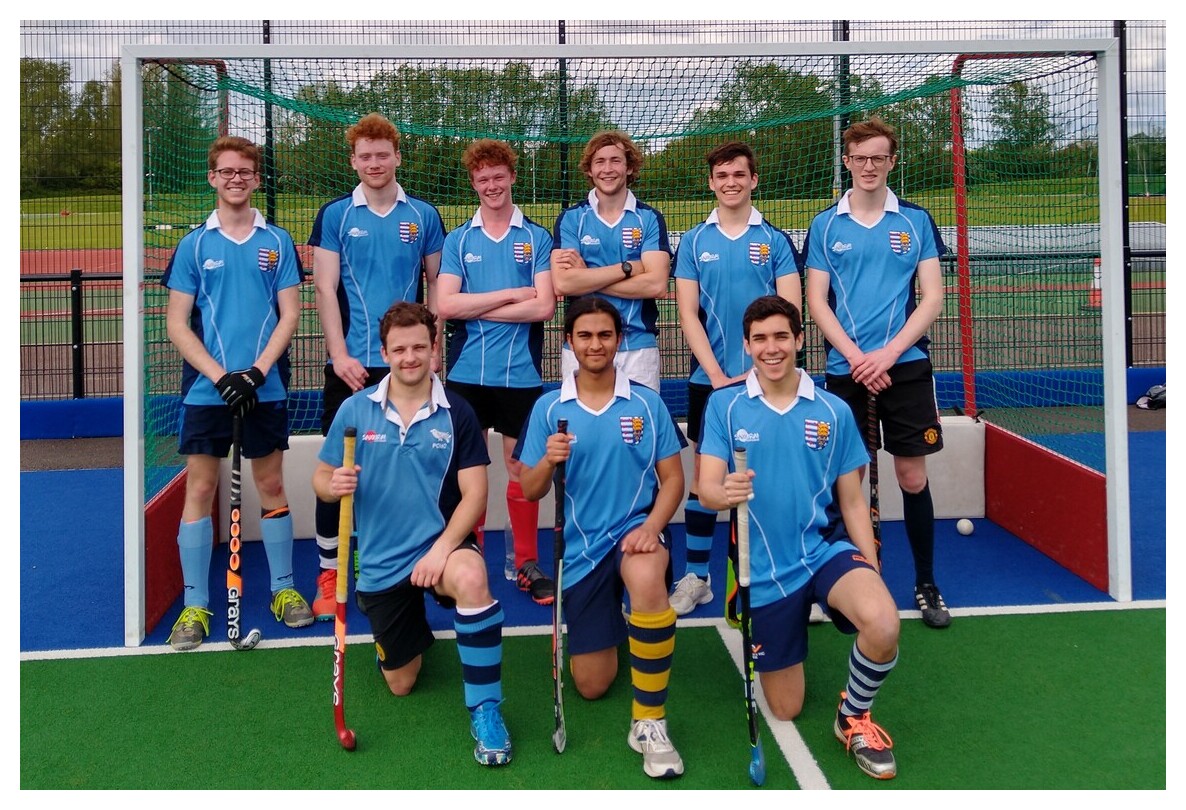 Christ's plays in the inter-college hockey leagues and there is also a one-day tournament called Cuppers. Everyone is  welcome, and you can join as a complete beginner if you want to. College hockey is played at a social level, and most of the players either played a little hockey at school or haven't played at all, so the level of hockey really is open to all.

The College has a mixed team for Cuppers and mens and womens teams for the leagues, though the divide isn't strict - as Will mentions "for the four years that I've played in the men's league we have had female students playing as part of the team every week as well, because they preferred to play in that team". Students should feel that they can approach the team that they wish to play for.

The College teams play mainly on the hockey pitches on the joint Christ's/Catz sports ground (a short cycle ride away), or on St John's College pitches (just because they're slightly closer).

At the time of writing, the womens' team is joint with joint with Emmanuel and Murray Edwards (this is how it works if there aren't enough players per college in a particular year - the league is friendly and very flexible so that teams form as appropritate to enable all players who want to play to join in). The captain mentions that it's a good way to meet new people and a good break from work. They've also done quite well this year, winning all of the matches they've played! They typically have a match most weekends, with training on Monday evenings.

The men's hockey team is currently united with Pembroke college to make a joint team. Christ's has a lot of equipment for all new players including sticks and shin pads, and so hockey is easily accessible for anyone who hasn't played before. The JCR (College student union) has a hockey budget and so the teams have funding every year to spend on kit, social events, and even a taxi budget for those that want to catch a ride to the matches rather than cycle with their kit (particularly the goalkeeper!).

Students who briefly mention College hockey in their profiles are Emma and Luke, and you'll be able to find Christ's hockey players at the College Freshers' Fair if you'd like to find out more.

Will says "As captain for the past year, Christ's & Pembroke men's hockey will be one of my fondest memories of Christ's when I look back upon my time at Cambridge. I hope many new players will pick up a hockey stick and join even for a game or two, and keep Christ's hockey tradition alive!"

In the 2020-21 academic year things were temporarily quite different, due to the Covid-19 pandemic, but the hockey team played adapted games when possible (7-a-side rather than 11-a-side).

There's a 'College Academy' (normally Saturday afternoons) where university-level players run optional training sessions so that college players can get some tips and improve skills if they want to. Also, if you're close to the level for university selection, the College Academy can help you to get the training you need to stand a good chance in team trails the following year.

At university level, six teams are selected (3 mens, 3 womens) and they compete in both regional games and games against other universities, as well as having a Varsity match against Oxford (that's the one they really want to win!). You can find out about university level hockey on the Cambridge University Hockey Club website and the best thing to do if you are interested is find them and have a chat at the University Freshers' Fair.