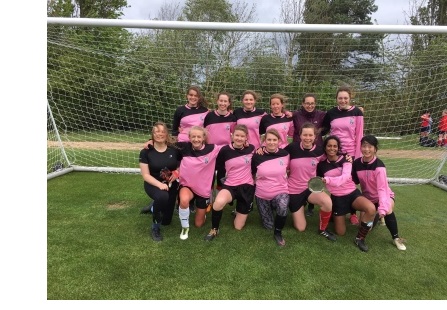 The women's team is currently merged with those of Churchill and Lucy Cavendish Colleges.

"Christ’s women’s football team is a great society to get involved with whether you have previous experience playing football, or if you’re a beginner and just want

Liz, who studies Psychological and Behavioural Sciences at Christ's, plays football for the University. You can read more about Liz's experience studying at Christ's in her student profile here.

"We train about three times a week and then play on Wednesdays. It takes up quite a lot