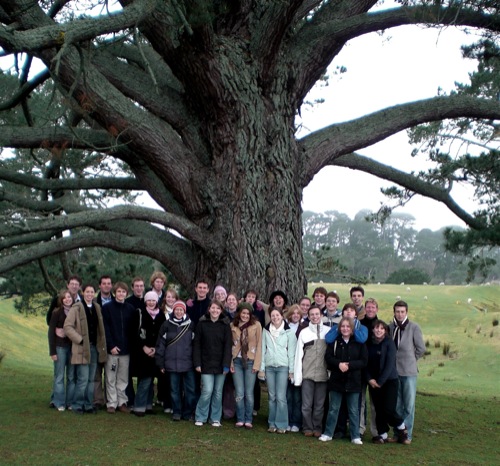 July saw the college Chapel Choir embark on a tour of Australia and New Zealand. The choir had little time to recover from a thirty-hour flight before being launched into a series of packed concerts in Sydney, Katoomba, Bathurst and Canberra. The group also gave a series of workshops, which were well attended by members of local choral societies wanting to know more about life in a Cambridge choir.

On returning to Sydney, the choir gave the first concert in St Philip's Church for many years, and were met by many Christ’s and Cambridge alumni, several of whom kindly hosted choir members for their final night in Australia.

The second leg of the tour saw the Choir visiting the North Island of New Zealand. Highlights included a performance in the beautiful acoustic of Auckland’s Holy Trinity Cathedral, recorded by Radio New Zealand for broadcast later in the year. Once in Wellington, a workshop with 70 primary school children led to a joint performance of Evensong in the spectacular Cathedral. The itinerary concluded with concerts in Palmerston North, Cambridge and Hamilton Cathedral, rounding off a packed schedule giving thirteen concerts, two choral workshops, two services and three radio broadcasts within the space of three weeks.