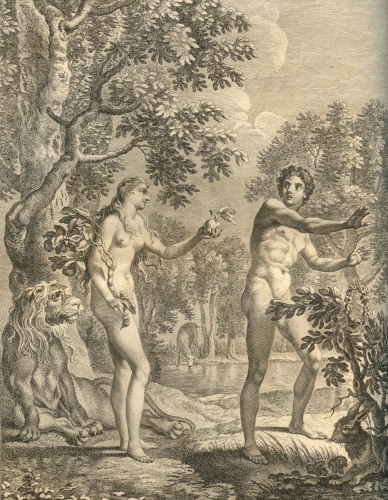 In his illustration of the Fall, Hayman chooses to portray the moment at which Adam first discovers what Eve has done. Later, Adam realizes that he cannot live without her and is thus driven into sin. His first reaction, however, is to recoil in horror. The garland he had been wreathing for Eve falls from his hand and has not yet hit the ground.