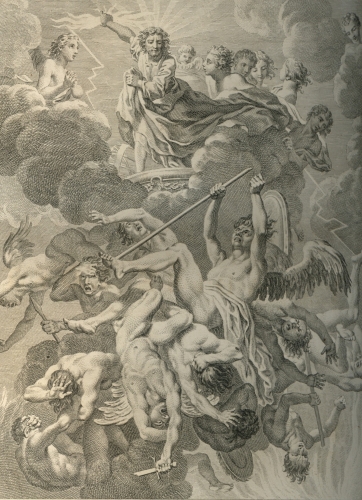 The text of this edition was edited by Rev. Thomas Newton (1704-1782) and was the first to be accompanied by full annotation. Newton’s edition was a reaction against the eccentric 1732 version of Paradise Lost by Richard Bentley. Newton explains in his preface that he aimed to restore Milton’s text and furnish it with full notes as for a classical author.

The plate for Book VI depicts the fall of the rebel angels following their defeat in the war in Heaven.