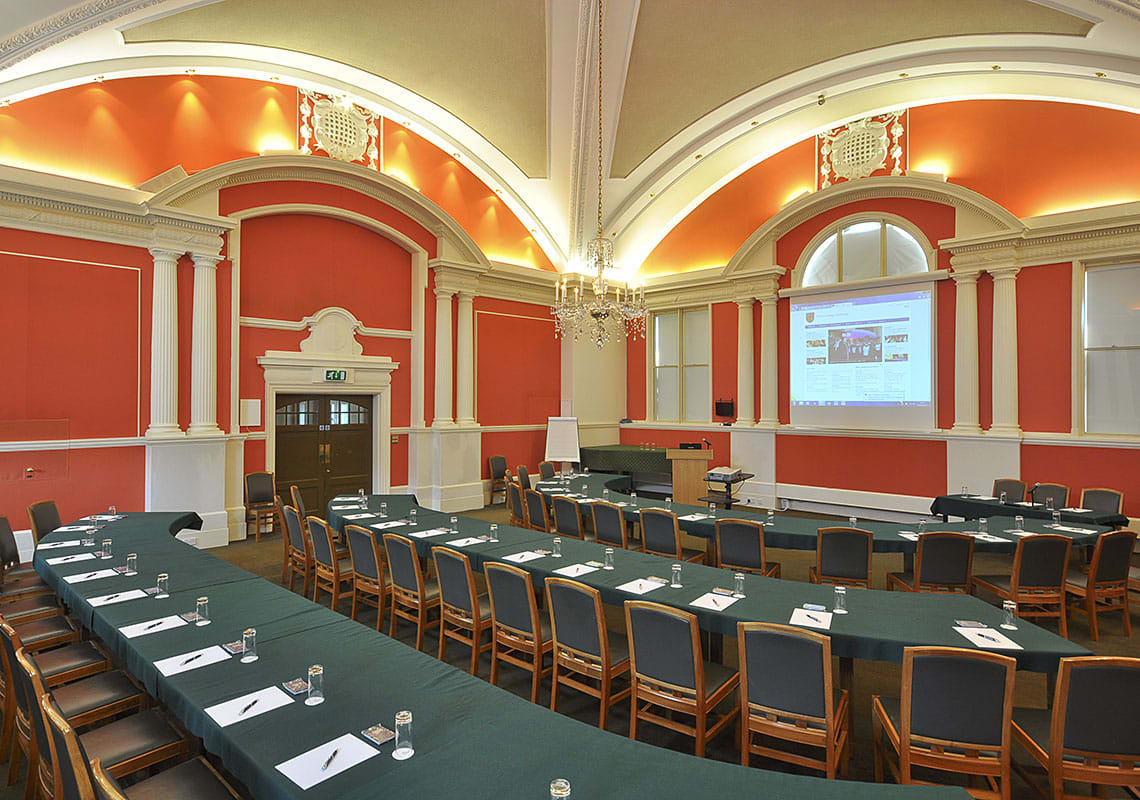 he old Cambridge County Hall on Hobson's Street was built in 1913. After the Council moved out, it was purchased by Christ's and refurbished (as part of Z staircase / the Todd Building) in 1985-86, and this included the  Plumb Auditorium. You get quite a suprise when you walk into the Plumb Auditorium as this is a large, ornate (and colourful!) room, having originally been the Council Chamber.

As a student you don't tend to use the Plumb Auditorium much in day-to-day life, however during the summer term it is important as it is normally made available as an additional quiet study space. This is particularly valuable for students with accommodation in the same building or those looking for a change of workspace to mix things up a bit. Sometimes large meetings may scheduled in the room too, as it is a usefully large size. 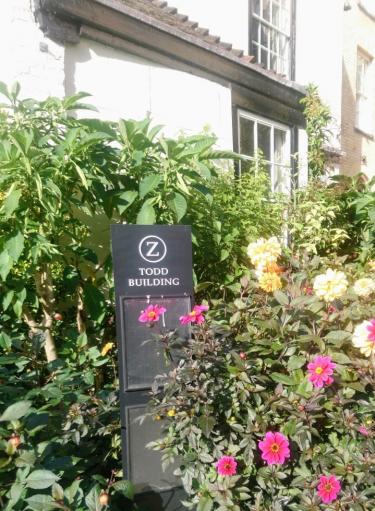 ent scholar, Professor of Modern English History, Fellow of Christ's (1946-1978), and Master (1978-1982). During the Second World War he worked as an analyst on the ULTRA signals intelligence operation at Bletchley Park. Plumb was a prolific writer, and a major authority on the Stuart and Georgian periods of English history.

How to find the Plumb Auditorium

The entrance to Z / the Todd Building is via a path from the small car park (see the college mao). Once inside Z (the Todd Building), you'll find the stairs through the glass doors at the end of the corridor. The Plumb Auditorium is at the top of the staircase.