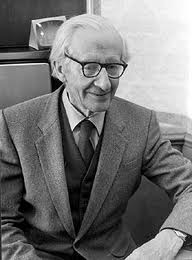 James Meade was one of the great economists of the 20th century. It was Keynes’s vision and genius which underlay the reconstruction of economics in the interwar period, and provided the basic analytical framework which economists have used since for understanding macroeconomic growth and fluctuations. But James Meade’s contribution was almost as important: he helped to make Keynes’s framework operational, by developing the first modern set of national accounts, and he extended it to incorporate the international trade and capital flows which characterise the late