Armed with his BA (from Queens’)  in 1949 David came to Christ’s to read for the LLB and was elected to the College as a Research Fellow in 1950.  From this time he also became Director of Studies, a Tutor,  and then appointed a College lecturer in 1952 until his promotion to a readership in 1969, a role he held for 23 years.  Included in David’s many roles in College was as Vice-Master from 1973 to 1977, Praelector from1980 to 1982 and serving on the College Council. 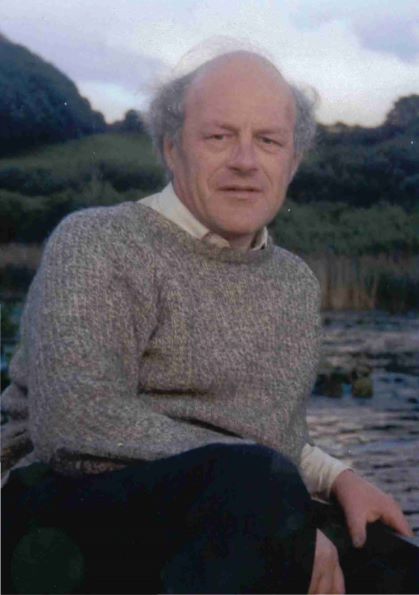 David took on several administrative roles in the University, accumulating many duties spanning a variety of activities that ran parallel with his teaching and research.  They included Editor of the CUP series “Studies in English Legal History” (1970-1993); Editor of the Cambridge Law Journal (1974-1981), and Chairman of the Faculty of Law (1976-1979).  He was also Literary Director of the Selden Society from 1976, becoming its President in 1994 until 1997.  The Society instituted a David Yale Prize in his honour in 1999, awarded biennially to a young scholar (under the age of 35) for a distinguished contribution to the laws and legal institutions of England and Wales.  The final significant administrative role he undertook during his readership was his participation as a member of the Wass Committee, assembled to consider and translate into the University Ordinances the recommendations of the report revising the constitution of the University.

Despite his considerable administrative burden David still had many notable research achievements of which his main legacy are the five large monographs that appeared over a span of 40 years.  A ‘truly monumental contribution to scholarship’.  They fall into two categories, three on the works of Lord Nottingham, and two involving the writings of Matthew Hale (together with William Fleetwood in the contribution with Prichard).  These monographs consist essentially of transcriptions of original, or copies of writings by these two 17th century jurists, preceded by lengthy and detailed commentaries on their significance to developments in legal notions and procedures in the 17th century.  David was elected a Fellow of the British Academy in 1980.

Following his retirement in 1992, David and Ann returned to Wales, having been a working Fellow of the College, and teaching at the University, for over 40 years.  Since then David has returned to the College with Ann on several occasions, notably in March 2000 to celebrate the 50th anniversary of him becoming a Fellow, following which he heard the news that he had been appointed an Honorary Queen’s Counsel for England and Wales.   Most recently they visited us again in the summer of 2018 to see his grandson Max (m.2017) row in the Bumps and when many of his old friends were delighted to see him.

Once asked about what he felt was the most important achievement of his academic career he replied "possibly for remembrance sake, it might be the writing and research, but I would rather prefer to claim tutorial teaching as the best memorial although the memory of that only lasts the lifetime of perhaps 50 years or less because it is a personal interplay”.