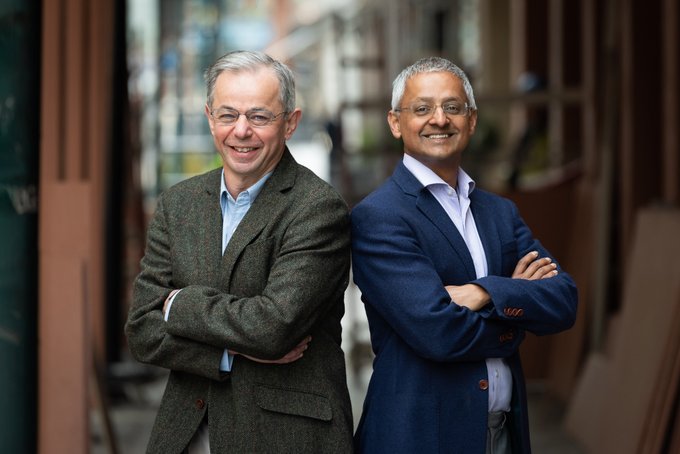 Many congratulations to Professor Sir David Klenerman on being awarded the 2020 Millennium Technology Prize, jointly with Professor Sir Shankar Balasubramanian, for their invention of the Solexa-Ilumina Next Generation DNA sequencing technology.  The prize winners are selected by the Technology Academy Finland and the award itself was made on Tuesday 18th May by the President of Finland, Sauli Niinistö.

The Millenium Technology Prize is one of the world's most prestigious science and technology prizes, awarded at two-year intervals since 2004, to highlight the impact of science and innovation on society.

The significance of this work in developing next generation sequencing has been recognised for some time but the key role that this technology has played in combatting the current pandemic has only served to further underline its importance.

Photo by kind permisison of the Millenium Technology Prize.