In 1825 the Fellow’s Garden was structured with informal borders, shrubs, trees and winding     paths, reflecting the ideas of J. C. Loudon, whose intention was “to display the individual beauty of trees, shrubs and plants in a state of nature”. Beside the path on the east side of the Garden stands Plantanus x hispanica. This enormous tree is thought to be more than 200 years old. The Malcolm Bowie Bathing Pool, which is said to date from the mid-18th century, is situated near the bottom of the garden, as is the so-called Milton’s Mulberry Tree (Morus nigra). This tree, grown from a root of an earlier mulberry that was planted in 1608 (the year of John Milton’s birth, but otherwise having no connection with the poet), has been propped up by large wooden posts since it was uprooted in a storm in 1795. It still provides a good crop of mulberries each summer; the gardeners harvest these and take them to the College kitchens, where they are used to make jam.

The Fellows’ Garden is also home to five beehives. Honey made by the bees is collected annually and given to the Fellows of the College. 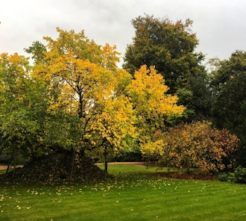 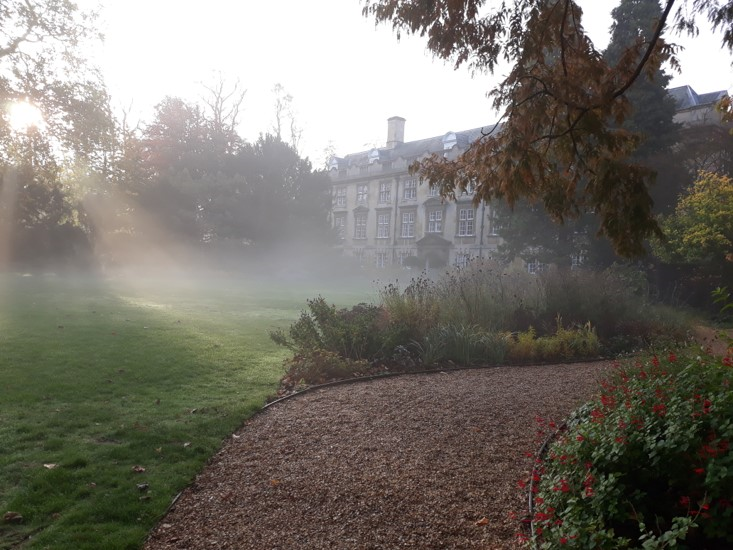 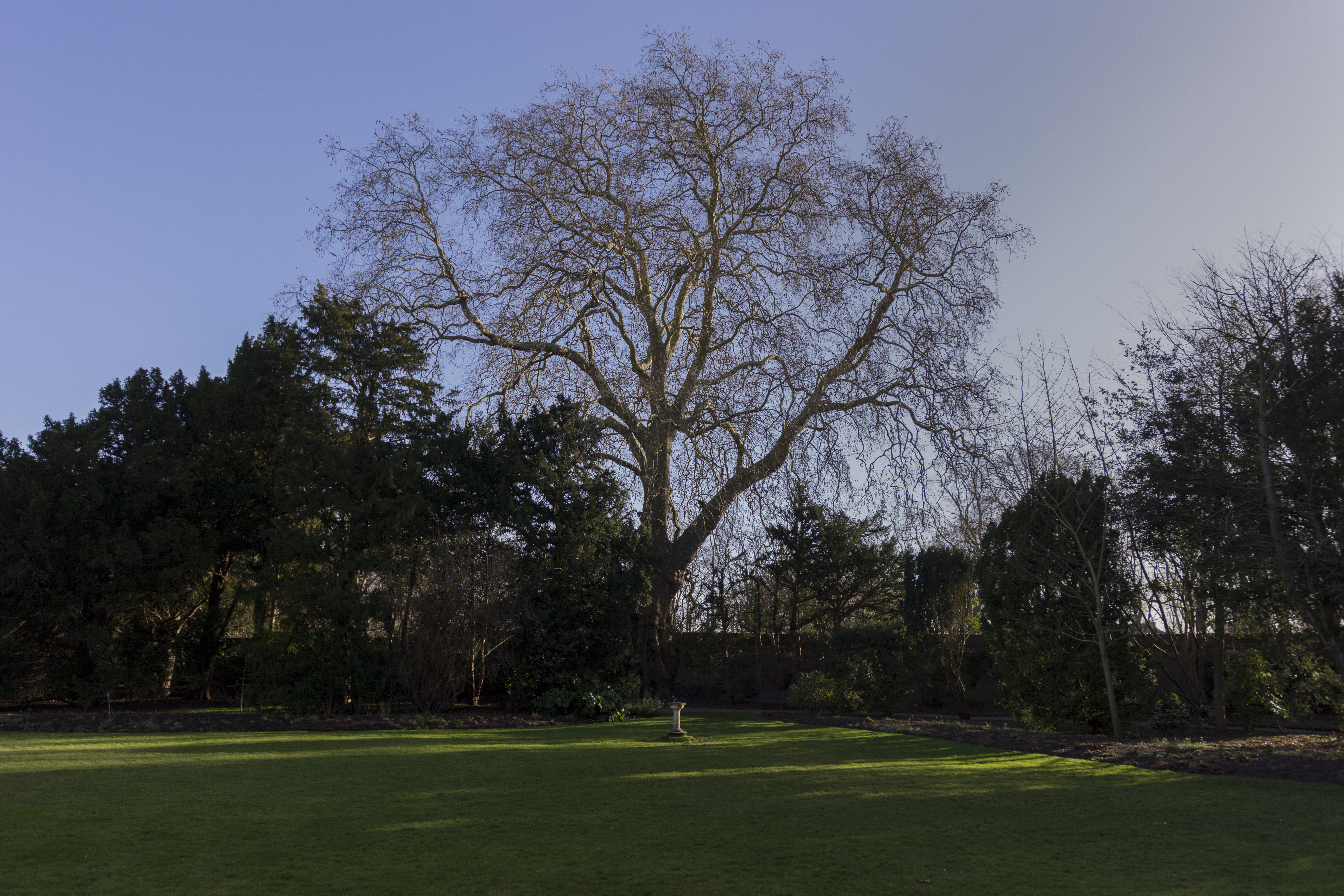 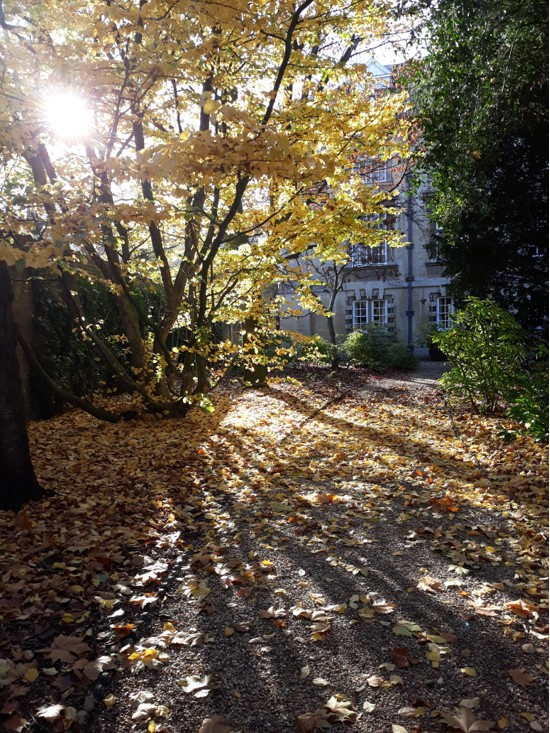